New ‘Frozen 2’-Inspired VR Short ‘Myth’ Takes You Into the World of Arendelle!

Posted on January 28, 2020 by Austin Lang
The 2020 Sundance Film Festival goes into the unknown with a new VR short inspired by Frozen II. Learn the origins of Northulda's spirits, and experience the world of Arendelle like you never have before.
No Comments 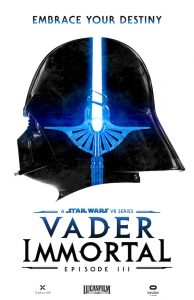 Posted on November 6, 2019 by Rachel Franko
It's time for the final battle of the Vader Immortal series! Episode III is out soon, and we've got all the deets on the virtuality reality game here!
No Comments 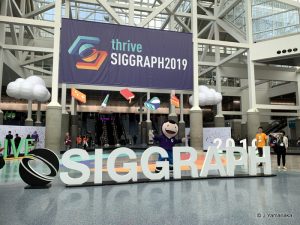 SIGGRAPH 2019: A Look Into Our Virtual Future

Posted on August 9, 2019 by Jeanine Yamanaka
SIGGRAPH 2019 was held recently at the Los Angeles Convention Center and attended by 18,700 international professionals in computer graphics and interactive techniques. We recap some of what we saw, including many Disney-related connections!
No Comments 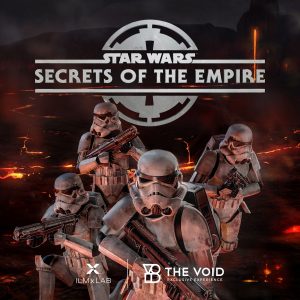 Posted on July 27, 2019 by Debra Martin Koma
The VOID, which operates Virtual Reality (VR) locations at both Walt Disney World and Disneyland Resorts, plans to open 25 new outposts at shopping centers in the U.S. and Europe by 2022. Get the details here.
No Comments 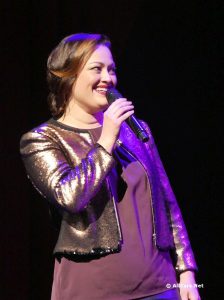 Posted on June 27, 2019 by Debra Martin Koma
The 2019 D23 Expo will celebrated the 25th anniversary of Disney on Broadway with an exclusive concert and the debut of a Virtual Reality experience. Get all the details for this event, coming to the Anaheim Convention Center in August, here.
No Comments 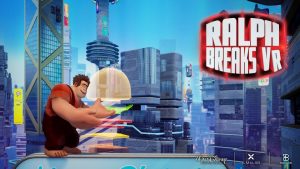 Virtual Reality Made Easy: Ralph Breaks VR at the VOID

Posted on December 15, 2018 by Debra Martin Koma
If you enjoyed “Ralph Breaks the Internet," you'll want to be sure to check out the virtual reality experience "Ralph Breaks VR" now open at VOID Experience Centers at both Downtown Disney at Disneyland Resort and Disney Springs at Walt Disney World.
No Comments

Posted on November 18, 2018 by Sarah Sands
Tickets are available now for Ralph Breaks VR, a new virtual reality experience available at The Void.
No Comments

Entering The VOID – Star Wars: Secrets of the Empire

Posted on September 16, 2018 by Debra Martin Koma
Ever since the virtual reality experience Star Wars: Secrets of the Empire opened last December at Disney Springs, I’ve been wanting to give it a try. I finally had my chance last week, and am I sorry I waited so long! To say it was amazing is an understatement. I found myself at Disney Springs … Continue reading "Entering The VOID – Star Wars: Secrets of the Empire"
2 Comments Posted on September 13, 2018 by Debra Martin Koma
Beginning this fall, Ralph Breaks VR, a multi-sensory, hyper-reality experience based on the upcoming Walt Disney Animation Studios film "Ralph Breaks the Internet," will debut. The new experience will immerse participants in the worlds of the internet and online gaming with Wreck-It Ralph and Vanellope, characters from the film. In addition, The VOID and ILMxLAB have announced that they also will collaborate with Marvel Studios on an untitled Marvel experience coming in 2019. Three other original Disney hyper-reality experiences will follow, in collaboration with Walt Disney Animation Studios.
No Comments