If you aren’t familiar with The Nightmare Before Christmas, stop reading right now and go watch it on Disney+. We’ll see you in an hour and 17 minutes.

Okay, first we are going to take a look right at the very beginning of the movie. Jack Skellington comes back to Halloweentown after spreading his frights around the world on Halloween. The very first thing we find out is that Halloween is over. That immediately puts a point in the Christmas column, because how can it be a Halloween movie if it isn’t actually Halloween during the movie?

When Jack comes back and sings about wanting more from his life he finds the holiday doors in the trees. Forget the whole is The Nightmare Before Christmas a Christmas or Halloween movie discussion. Show us what Thanksgivingtown looks like! Is it run by a giant turkey? Or a pIlgrim? Wait! It’s definitely run by a talking pumpkin pie name Pumpkin Pie-ter who drives a cornucopia shaped motorcycle. That’s definitely it.

So Jack enters the door to Christmastown, and we get the beautiful “What’s this?” tune. The main reason we want to talk about this scene is because the whole point of this scene is to introduce our hero Jack to Christmas. Once again, this is another point for Christmas. This movie is about someone unfamiliar with Christmas embracing it and making it a huge part of his life. If this was reversed and Santa Claus became obsessed with haunted houses and vampires the argument could be made that this is a Halloween movie. But sadly that movie will never be made….unless… Disney, have we got a movie for you!

Now we follow Jack back home and he introduces all of his friends to Christmas, and they get in the holiday spirit. Spreading Christmas cheer to non-believers is a cornerstone of the holiday genre. Just look at the classics like Elf, The Santa Clause, and A Christmas Carol.

Here’s where the story veers from classic Christmas feels toward a darker side. Jack sends the troublesome trio of Lock, Shock, and Barrel to procure the Sandy Claws so he can offer him the year off. At first, they kidnap the Easter Bunny, so at least we find out what he looks like (why couldn’t they show us Pumplin Pie-ter?!). Then they bring back Sandy Claws and take him to Oogie Boogie, who holds him hostage. There aren’t any Christmas movies that involve kidnapping and hostages… Wait, that’s not true, we have National Lampoon’s Christmas Vacation, Die Hard, and The Ref. Kidnapping movies and Christmas aren’t mutually exclusive. Okay, we guess that is another for Christmas.

Even the concept of Jack wanting to give Santa a break because he works hard and needs a vacation is a classic holiday movie trope. Just look at the Rankin-Bass classic The Year Without a Santa Claus. Not only did it give us the toe-tapping Heatmiser song, but it showed us what Santa does when he gets some time off. 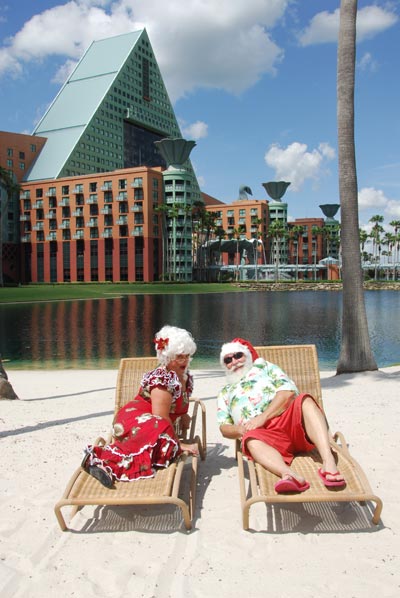 Now things are in full swing with the Halloweentown denizens working to make Christmas happen. A whole town coming together to make Christmas special is almost exactly the plot of a made for TV Christmas movie. If it had Candace Cameron Bure as the lonely local girl working for a mean boss and falling for the charismatic hero played by Tom Cavanagh. Then they try to give their town a real Christmas. This could actually be a Hallmark movie!

That leads us to another major part of The Nightmare Before Christmas: the love story. Sally loves Jack, and he is too wrapped up in his own stuff to notice her. It sounds like another Hallmark-esque Candace and Tom plot. All great Christmas movies have love as the driving factor. Look at the terribly wonderful Jingle All The Way. It’s all about a father who will do anything to get his son the one toy he wants for Christmas, even spend time with Sinbad. Sally tears herself apart (literally) to rescue Jack when he is in mortal danger. Christmas movies are always built on love. 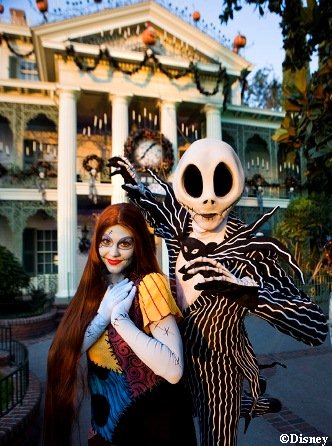 Together Jack and Sally save Sandy Claws from the casino game-themed traps that Oogie Boogie has him strapped to. Jack realizes that only the real Santa can pull off an around-the-world trip in one night. This is another Christmas movie trope. Santa is magic, and when it comes to defying time and space, no one is better. Tim Allen learns it in The Santa Clause, and Vince Vaughn learns it in Fred Claus.

There’s nothing to stop you from watching The Nightmare Before Christmas on Halloween or any other day. Watch it on Arbor Day or a Wednesday in September, it’s a great movie! If you want a Halloween movie, we recommend Halloweentown or the vastly superior Halloweentown II: Kalabar’s Revenge.

What is your favorite Christmas movie? Let us know in the comments!

Learn more about Disney+ films and series at the links below.

3 Replies to “Is The Nightmare Before Christmas a Halloween Movie or Christmas Movie?”