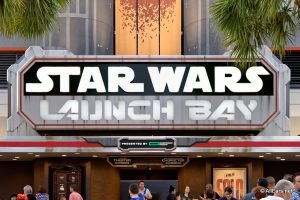 Guess Who is Coming to Star Wars: Launch Bay at Hollywood Studios!

Posted on July 18, 2019 by Molly McCormack
A change is coming to Star Wars: Launch Bay at Disney's Hollywood Studios! Read more to find out which new character you can encounter this fall!
9 Comments 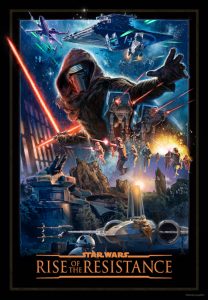 Posted on July 11, 2019 by Sierra Vieregge
The long-awaited opening dates for the next Star Wars: Galaxy's Edge attraction, Rise of the Resistance, have OFFICIALLY been announced. Read on to find out when the new ride will open in both Disneyland and Walt Disney World
5 Comments 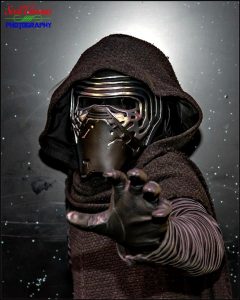 Posted on June 4, 2019 by Scott Thomas
Photographer Scott Thomas shares some of his favorite Disney photos in his weekly Picture This! picture of the week. This week it's Star Wars villain Kylo Ren!
No Comments

Avengers: Endgame Crushed at the Box Office, Can Star Wars IX Defeat It?

Posted on May 19, 2019 by Molly McCormack
Avengers: Endgame is crushing at the box office -- can Star Wars: The Rise of Skywalker defeat it? We look at the historical numbers and make a prediction.
No Comments 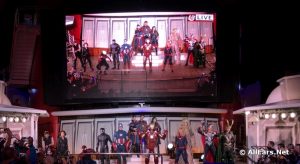 Posted on January 31, 2019 by Debra Martin Koma
Disney Cruise Line will again offer the popular experiences Star Wars Day at Sea and Marvel Day at Sea on select sailings in 2020. These special seven and five-night sailings to the Caribbean and Bahamas, with character encounters, live shows and themed entertainment, will be on the Disney Fantasy and the Disney Magic respectively.
No Comments 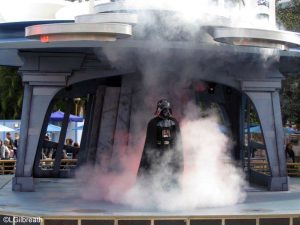 Posted on October 10, 2018 by Sarah Sands
The popular Jedi Training Academy show at Disneyland has been canceled. The final performances will take place on November 3, 2018.
No Comments Posted on February 6, 2018 by AllEars
Disney Cruise Line has hit it out of this galaxy with its sailings that include a Star Wars Day at Sea. These voyages are taking place now and will return again in the first quarter of 2019 for the fourth year. My family and I already rave about Disney Cruise Line and its other specially themed cruises, but after seeing just a fraction of the experiences offered during Star Wars Day at Sea at a recent media event, we're ready to book!
2 Comments Posted on April 12, 2016 by AllEars
A new stage production - "Star Wars: A Galaxy Far, Far Away" - and a stormtrooper procession debuted last week as part of the summer's "Star Wars Awakens" entertainment offerings. Blogger Kristin Ford and her family were in the park and experienced both this past weekend.
5 Comments Posted on January 15, 2016 by Debra Martin Koma
Starting in February, Kylo Ren, the dark warrior from the new Star Wars: The Force Awakens, will be making appearances in the Star Wars Launch Bay in both Disney's Hollywood Studios at Walt Disney World and at Disneyland. A leader of the First Order, seeking to destroy the New Republic, the Resistance and the legacy of the Jedi, Kylo Ren will meet visitors on the bridge of his First Order Star Destroyer.
No Comments