Kenneth Branagh’s Death on the Nile was a love letter to an era in cinema that pioneered silver-screen, Hollywood charm.

Death on the Nile is a follow up and sequel of sorts to 2017’s Murder on the Orient Express. The film was produced by Ridley Scott, Kenneth Branagh, Judy Hofflund, and Kevin J. Walsh. It was distributed by 20th Century Studios, a subsidiary of Walt Disney Studios, and stars Branagh, Tom Bateman (both of whom are reprising their roles from Murder on the Orient Express), Gal Gadot, Armie Hammer, and Emma Mackey.

The film follows its cast of characters on Linnet Ridgeway-Doyle (Gadot) and Simon Doyle’s(Hammer)  honeymoon cruise along the Nile River in Egypt. After their excursion is seemingly hijacked by Simon’s former fiance, Jaqueline de Bellefort (Mackey), murders ensue, and it’s up to world-famous Detective Hercule Poirot (Branagh) to uncover the killer.

Death on the Nile felt like an old Hollywood classic, yet was driven by a distinctly modern wit and edge. The film was shot on 65mm film, which gave the movie an overlay of vintage charm. It opens with a beautifully shot Wold War I sequence, which gave more context to Poirot’s dexterity as a detective. This sequence felt like the intersection of a war documentary and melodrama, and launched the film into its world of cinematic charisma.

The Hollywood grandiosity was augmented by the production design. The glamorous costumes by Paco Delgado and JobanJit Singh transformed the ensemble of 21st Century actors into film stars of a bygone era. The score, composed by Patrick Doyle, along with the songs that Salome Otterbourne (Sophie Okonedo) sings throughout the movie set the tone and period of this 1930’s mystery.

The tension built in this film in an exciting, yet balanced way. The expository scenes enriched the film instead of slowing the pace of the first act, yet the anticipation for the moment where everything hits the fan was palpable. The end of the movie, when the truth comes to light, is as satisfying and exhilarating as the moment you finally go down the first big hill on a roller coaster.

Of course, a film with this many stars in its cast is bound to have wonderful performances. The ensemble found a balance between grounded drama and the glamour and dramatics of early Hollywood. The performances were earnest, yet still embraced the theatrics of the story and characters. Emma Mackey’s performance as Jaqueline de Bellefort feels like a tribute to movie starlets from another era, while still adding her own unique brand of magnetism. Letitia Wright and Sophie Okonedo’s performances as niece and aunt duo, Rosalie and Salome Otterbourne, brought sincerity to the high-class cast of characters. 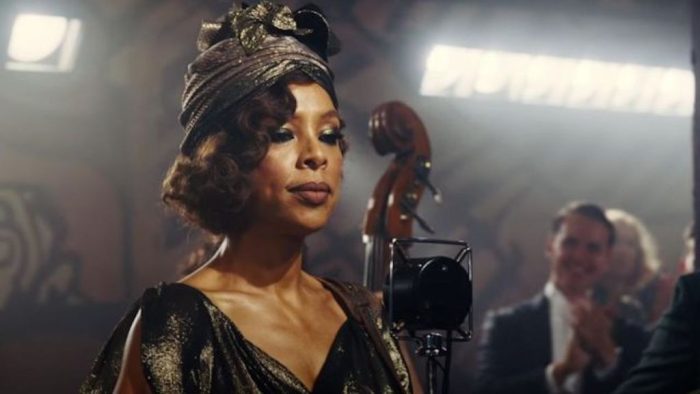 The strongest performances were definitely those of Kenneth Branagh and Tom Bateman. Both were reprising their roles as Poirot and Bouc from Murder on the Orient Express in this movie, and this was abundantly evident through their chemistry. Bateman’s boyish charm and Branagh’s omniscient wit gave the two a playful and familiar dynamic.

Branagh’s careful and clever performance was integral to the success of Death on the Nile. We see him uncover the mystery throughout the film, but he is so much more than just a vehicle for the movie’s narrative. He was funny, charismatic, and sympathetic, which made him both an accessible and trustworthy narrator, and being by his side throughout the course of the film is nothing short of delightful.

Ultimately, Death on the Nile is a celebratory excursion into an era of film that served a simple purpose: to entertain. It also proves that entertainment doesn’t have to be a shallow endeavor. This movie was fun, engaging, charming, and full of the glitz and glamour we love to reminisce on, but none of that takes away from its sincerity. It dwells on charm and reminds us why we love movies so much in the first place.

Click here to read about where blockbuster movie, ‘Spider-Man: No Way Home’ will be Streaming in 2022

Have you seen Death on the Nile? Let us know in the comments!

Disclosure: We were invited by Walt Disney Studios Pictures to attend a screening of Death on the Nile. This did not affect our reporting of the event — our opinions are our own