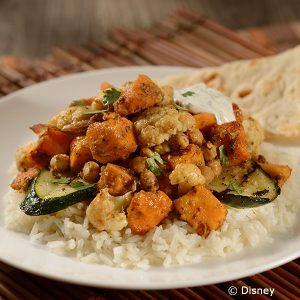 Posted on January 19, 2020 by Carly Neil
Eating in Disney World is easier than ever for people following these popular diets!
One Comment 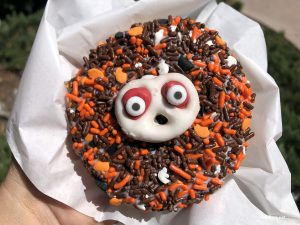 Posted on October 7, 2019 by Sarah Sands
We have an epic Menu Mania for you this week! In addition to "regular" menu updates Disney opened FOUR new locations, launched plant-based menus, introduced more fall and Thanksgiving menus, increased prices on some favotires -- and so much more! Catch up on all of the Disney menu updates here.
No Comments Posted on January 12, 2016 by AllEars
My family and I were among those excited to dine at the first new sit-down restaurant in the Magic Kingdom since Be Our Guest opened in 2012. Our first opportunity was when we were in the theme park on New Year's Eve. Sounds impossible, especially because Skipper Canteen isn't taking reservations, right? We actually didn't think it was that bad because we were prepared to wait to try something new.
10 Comments Posted on August 14, 2015 by Jack Marshall
The Jungle Cruise, one of Magic Kingdom's most popular attractions, has delighted guests for years. And as it was just announced at the D23 Expo, Jungle Cruise fans will have even more to look forward to later this year when the brand-new Jungle Navigation Co., Ltd. Skipper Canteen restaurant opens in Adventureland. The Jungle Skipper Canteen is currently under construction and will open its doors in late 2015.
No Comments