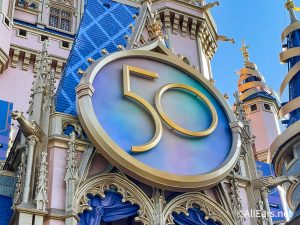 Posted on September 23, 2021 by Lydia Storks
Disney World's 50th Anniversary is going to be HUGE, but can it top the anniversaries of the past?
No Comments 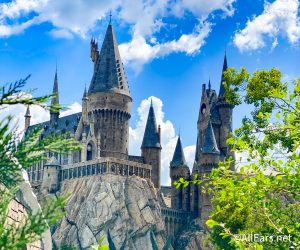 Posted on September 1, 2021 by Emily Burrus
Celebrate the 20th anniversary of the first Harry Potter film!
No Comments 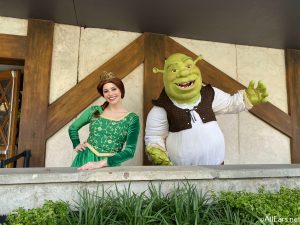 ‘Shrek’ Will Return to Theaters for a Limited Time!

Posted on March 14, 2021 by Robin Burks
In honor of its 20th anniversary, 'Shrek' will return to theaters for a limited time! Get all the details here.
No Comments Posted on March 13, 2018 by Debra Martin Koma
Tiffins Talks, special hard-ticket dining offerings that will take place at Tiffins restaurant in Disney's Animal Kingdom on select nights from April 22 to May 5, will allow guests to enjoy specialty food and beverages that compliment the topics shared by animal and conservation expert speakers. Each Tiffins Talk will feature an expert who has had a hand in creating Disney's Animal Kingdom as it is today.
One Comment Posted on March 8, 2018 by AllEars
D23 has announced details for their special celebration of Animal Kingdom. Regular and VIP tickets go on sale March 19th
No Comments Posted on February 22, 2018 by Debra Martin Koma
Disney's Animal Kingdom marked its 20th anniversary on Earth Day, April 22, by launching an expanded Party for the Planet celebration that will run through May 5. To commemorate the milestone year, the 500-acre adventure park is offering animal encounters, family-friendly activities, specialty desserts and more. In addition, the new show UP! A Great Bird Adventure, featuring characters from the Disney-Pixar film UP, debuted on April 22.
One Comment Posted on March 8, 2016 by Scott Thomas
First, let me define what “yesterland” photos are to me. It is any Disney photo I took before I purchased my first digital SLR camera in 2005. In other words, I fired up my scanner and went through a bunch of prints I have in photo albums and boxes for this series. Deb and I … Continue reading "Disney Pic of the Week: Yesterland Magic Kingdom"
No Comments Posted on December 5, 2015 by AllEars
AllEars celebrated 20 years of sharing the magic worldwide December 4-5-6! Here are the highlights from day 1, our Kidani Village Grand Villa meet and greet.
3 Comments Posted on March 27, 2012 by Jeanine Yamanaka
So now that we’ve all recovered (finally) from staying up all night with Disney’s One More Day event last month, it’s time to saddle up for our next Disney excursion. Disneyland Paris, nÃ©e EuroDisney, is celebrating its 20th anniversary this year. The park, born April 12, 1992, had a rocky beginning–local reception was mixed, with … Continue reading "April in Paris (that’s Disneyland Paris.)"
5 Comments