Over the last four decades, Annual Passes have become a major part of the Disney experience. Since their introduction in the early 1980s, the ticket type consistently evolved, drawing both admiration and criticism alike.

The love/hate relationship guests have with the Annual Pass and its relative longevity generated shock for many when Disney axed Disneyland’s AP program (by far the more popular of the two domestic AP programs) in January 2021.

So why did Disney eliminate Disneyland Annual Pass? To understand that, we first have to look at where they came from in the first place and how they evolved over the years.

As most Disney fans know, when Disneyland first opened in 1955, the park used a ticket book system. Guests would purchase a general admission ticket to gain entrance to the park and access to shops, restaurants, etc. They would then be able to purchase a ticket book that featured four (later five, A-E) levels of tickets that allowed them to access various rides and attractions. The same style of ticketing was carried over to Walt Disney World when it opened in 1971 (and to Tokyo Disneyland where it was used until 2001!).

The general admission/ticket book concept remained the norm at both Walt Disney World and Disneyland until 1982, when the parks transitioned to the passport system familiar to guests today (i.e.: one ticket that covered entrance to the park and unlimited rides and attractions). This change proved controversial amongst guests for a few reasons — one of which directly led to the creation of the Annual Pass program.

Local guests in both Anaheim and Orlando were angry about the elimination of the general admission ticket, as many would purchase the relatively cheaper option to visit the parks to eat, shop, or people watch without purchasing ride tickets. To assuage these fans and — more importantly to the bottom line — to keep those fans coming back, Disney introduced the first Annual Passports to Walt Disney World in September of 1982. These Passes allowed access to Magic Kingdom and EPCOT Center (when it opened in October of 1982) for a one year period.

At launch, an Annual Pass cost $100 for adults, $93 for juniors, and $80 for children (3-11), with discounted Annual Passports available for Magic Kingdom Club members. Disney introduced the Annual Pass to Disneyland in June of 1983.

While Orlando and Anaheim began their Annual Pass program within months of each other, the culture around them developed somewhat differently over the years. Let’s start with Florida.

As is usually the case with Disney tickets, the cost of Annual Passes began increasing almost immediately, with prices first increasing in 1983. However, members who were renewing a preexisting Annual Pass would still receive a discount, as did Magic Kingdom Club members.

The next major change to Walt Disney World’s Annual pass program (outside of the predicable price increases) came in 1989 with the opening of Disney/MGM Studio, Typhoon Lagoon, and Pleasure Island. As would be expected, prices increased to between $160 and $180 depending on add-ons. However, Disney also introduced a Florida Resident 3 Season pass. Available to Florida-based members of the Magic Kingdom Club members, the Pass was valid in January, May, and September. In addition, Passes exclusively for Typhoon Lagoon ($75) and Pleasure Island ($25) were made available.

Prices continued to increase steadily throughout the 1990s, buoyed by the openings of more attractions including Blizzard Beach, the Wide World of Sports complex, DisneyQuest, and Disney’s Animal Kingdom in 1998. By 2000, the base price of a new Annual Pass was over $300. That year also saw the closure of the Magic Kingdom Club and the end of its associated discounts.

The 2000s continued the trend of annual price increases (noticing a trend?) and introduced further discount programs for Florida residents. Two thousand ten saw the introduction of the new Premier Passport, which allowed access to both Walt Disney World and Disneyland.

Five years later, Disney revamped the Annual Pass system, introducing tiered categories: Platinum, Platinum Plus, and Gold (as well as the aforementioned Premier Pass), each of which had its own price point and benefits.

By 2020, the Resort had three Pass tiers available to all guests: the $1,195 Platinum Annual Pass, the $1, 295 Platinum Plus Pass, and the $2,099 Premier Passport. In addition, the company offered three Florida resident specific Pass variants as well.

The evolution of Disneyland’s Annual Pass program followed a similar path to Walt Disney World’s as far as prices go. Namely, they continuously increased over the years. The Anaheim Resort’s Annual Passes were also broken into tiers in the mid-2010s, with numerous price points and blackout dates (including several for California residents).

However, while the economics may have followed a similar plot, there was a vast difference between the east and west coast Annual Pass programs. Namely, a so-called “culture” developed around Disneyland’s large Annual Passholder base.

Depending who you ask, “local” Annual Passholders either served as the lifeblood of the Disneyland Resort, essentially eliminating the concept of an off-season by consistently filling the park; or they overcrowded the parks, treating them like a shopping mall, which in turn ruined the experience of the park for infrequent or one-time-only visitors.

While the truth of the matter was likely somewhere in the middle, it was obvious by the dawn of 2020 that Disneyland’s Annual Passholder program was in need of a serious revamp. However, neither Disney’s nor the Company’s fans could imagine just how much things were about to change.

Annual Pass Changes in 2020 and Beyond

It goes without saying that the Coronavirus pandemic of 2020 changed the world in incalculable ways. From a Disney theme park perspective, it led to the closure of all of Disney’s Resorts around the world for varying periods of time, including over a year for Disneyland’s.

With Disneyland Resort still closed in January of 2021, Disney announced that the Disneyland Annual Pass program was ending, saying in a statement,

Due to the continued uncertainty of the pandemic and limitations around the reopening of our California theme parks, we will be issuing appropriate refunds for eligible Disneyland Resort Annual Passports and sunsetting the current program. 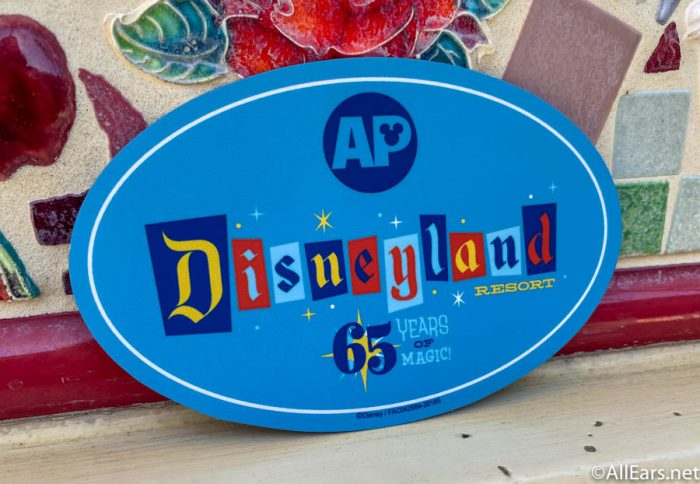 Despite the resort having been open since July of 2020, Walt Disney World’s Annual Pass program was also affected. While Annual Passes would still be valid and older Passes could still be renewed, the Resort ceased selling new Passes for the foreseeable future.

It’s impossible to tell what the future holds for the Annual Pass concept at this time. However, going by what Disneyland President Ken Potrock said in the same statement that ended the program, there is something new on the horizon. ”We are currently developing new membership offerings that will utilize consumer insights to deliver choice, flexibility, and value for our biggest fans.”

Are you eager for annual passes to return, or do you think the Disney resorts are better off without them? Let us know in the comments below.

4 Replies to “The Evolution of Disney Annual Passes”