In August, it was announced that Disney’s Polynesian Village Resort would be undergoing some major refurbishments!

Construction has begun over at the beloved Disney World resort hotel, with plans for the entryway to get a major overhaul, as well as plan to re-theme the guest rooms to a Moana-theme.

Construction has already begun on the entryway to the hotel! While the main entrance to the lobby is blocked off, guests are still able to access it through alternative routes, with signs pointing out which way to go. 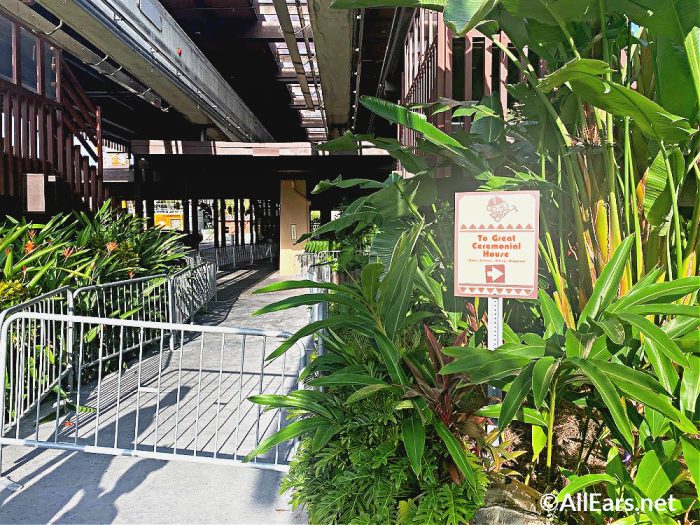 Guests approaching the resort from the resort parking lot or bus stop now see signs redirecting them to go around in order to enter the Great Ceremonial House.

The resort’s Monorail Station was originally supposed to close this month for the resort’s redesigned entry, but Disney just announced that the Polynesian’s Monorail service won’t be suspended now until November 2nd.

Barriers have been installed to prevent any vehicles from accessing the resort’s port cochere.

Signs have also been set up on the other side of the roadway.

Back outside the resort, a huge crane has appeared to make way for more construction.

As always, we will be sure to keep you posted with the construction progress at Disney’s Polynesian Village Resort and any future changes impacting guests.

Click here to check out updates on the TRON Coaster at the Magic Kingdom!

Are you looking forward to the changes coming to the Polynesian Village Resort? Let us know in the comments!