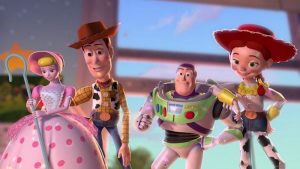 The Top 10 Pixar Soundtracks (And The Best Track On Each)

Posted on November 2, 2019 by Carly Caramanna
For almost 25 years, Pixar Animation Studios and the innovative Imagineers at Disney have joined forces to bring us memorable and timeless box offices smashes. We've rounded up our list of Top 10 Pixar Soundtracks and the best track on each.
One Comment 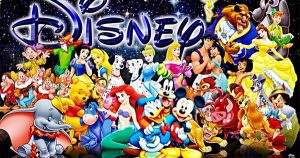 12 Disney Character Gangs That Are #SquadGoals

Posted on May 28, 2019 by Molly McCormack
Let's be honest -- Disney squads are the best! When I watch a Disney movie, I just want to be friends with the characters. Anyone else? Let's take a look at 12 gangs of characters that are #SquadGoals.
One Comment 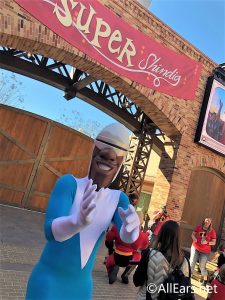 Posted on January 18, 2019 by Molly McCormack
Our first look at the all-new Municiberg City Block at Disney's Hollywood Studios, with a new meet & greet for Edna Mode, as well as the chance to mingle with Mr. and Mrs. Incredible and Frozone.
One Comment Posted on May 26, 2018 by Debra Martin Koma
Walt Disney World Resort launched all-new entertainment and more on Memorial Day weekend for an Incredible Summer. Highlights include Donald's Dino Bash! at Animal Kingdom and the Incredible Tomorrowland Expo and Dance Party in the Magic Kingdom's Tomorrowland featuring, for the first time, Edna Mode.
No Comments Posted on May 22, 2018 by AllEars
First Look: Edna Mode from ‘The Incredibles’ Visiting Disney Parks This Summer This summer, celebrated designer Edna Mode, from Disney-Pixar’s “The Incredibles” and the upcoming “Incredibles 2,” will be traveling to both Walt Disney World Resort in Florida and Disneyland Resort in California. Edna Mode prides herself on crafting super suits that are both functional … Continue reading "First Look: Edna Mode!"
No Comments

Posted on June 25, 2013 by AllEars
This year, D23: The Official Disney Fan Club celebrates that excitement and enthusiasm with the first À La Mode Costume Contest, which will take place Friday, August 9 at 2:30 p.m. in Stage 23. À La Mode, named after The Incredibles' couture genius Edna Mode, is the first competition of its kind to showcase fans' creativity through costumes inspired by all things Disney, including Motion Pictures (Animation, Pixar, Marvel, and Lucasfilm); Parks & Resorts; Consumer Products; Media Networks (including Disney Channel, ABC, and ESPN); and Interactive.
No Comments