So we didn’t get the Scarlet Witch Ears after they sold out mere seconds after appearing online.

Following the release of Doctor Strange in the Multiverse of Madness, we were really hoping to snag a pair to emulate our favorite witch. But it’s time to brush our shoulders off and look to the future! And Marvel’s future is filled with a ton of stuff to look forward to, like the sequel to Captain Marvel — The Marvels. And lucky for us, getting a pair of Captain Marvel Ears for the premiere will be easy to do!

A headband that doubles as a pair of ears and a mohawk?! It’s…unique! We’ve previously seen the Captain Marvel Ear Headband in Disneyland, and now, we can grab a pair on shopDisney! 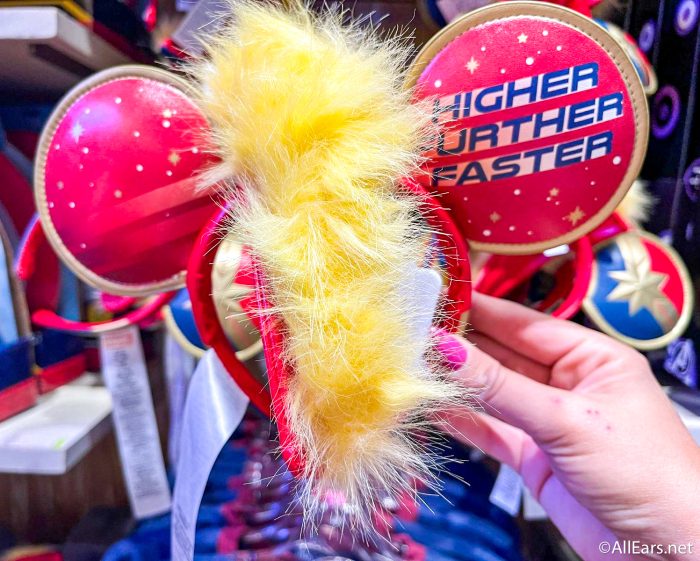 The back of the headband

The stars on the ears are a cute touch, and you just can’t look away from that mohawk!

So if you’ve been hoping to score a pair online, now is your chance! And we forgot to mention the best part about these ears: they don’t sell out in under a minute! We’ll continue to update you with the latest Disney releases, so stay tuned to AllEars!

Do you like the Captain Marvel ears? Let us know your thoughts in the comments below!