Christmas came early for Disney villain fans, as anime producer/localizer Aniplex of America announced this week that the narrative adventure RPG Disney Twisted-Wonderland will be localized to English and launching on iOS/Android on January 20th, 2022.

With a story and character design by Yana Toboso (Supported by SQUARE ENIX,) creator of the long-running Black Butler series,  the game has been running in Japan since March 2020.  Players take on a character who has been transported to Night Raven College–an academy for mages–where they encounter a large variety of students from different school houses inspired by some rather familiar Disney villains.

The game’s synopsis, per Aniplex:

“Perhaps there’s more to “villains” than meets the eye…
Summoned by a magic mirror to Twisted Wonderland, a world altogether unlike your own, you arrive at Night Raven College, a prestigious arcane academy.
With nowhere else to go, you accept the masked headmage’s hospitality and begin searching for a way home.
You quickly find that the students of this school are as talented as they are dysfunctional—bickering and competition are the perpetual order of the day.
And what secrets lie within the villainous hearts of these students?”

Yusuke Toyama, producer of Aniplex, Inc.:  “As we welcome players in the U.S. and Canada to the world of Twisted Wonderland with the launch of the mobile game’s English version, we are truly humbled to be given stewardship of this new adventure, joining the beloved and imaginative stories Disney has cultivated for so long.  We are thrilled to expand our audience to new and returning Disney fans while crafting a wholly original story, inspired by some of the most iconic Disney villains.”

A pre-registration campaign is currently ongoing at  https://disneytwistedwonderland.com where you can find out more about the game, the characters, and the voice cast. 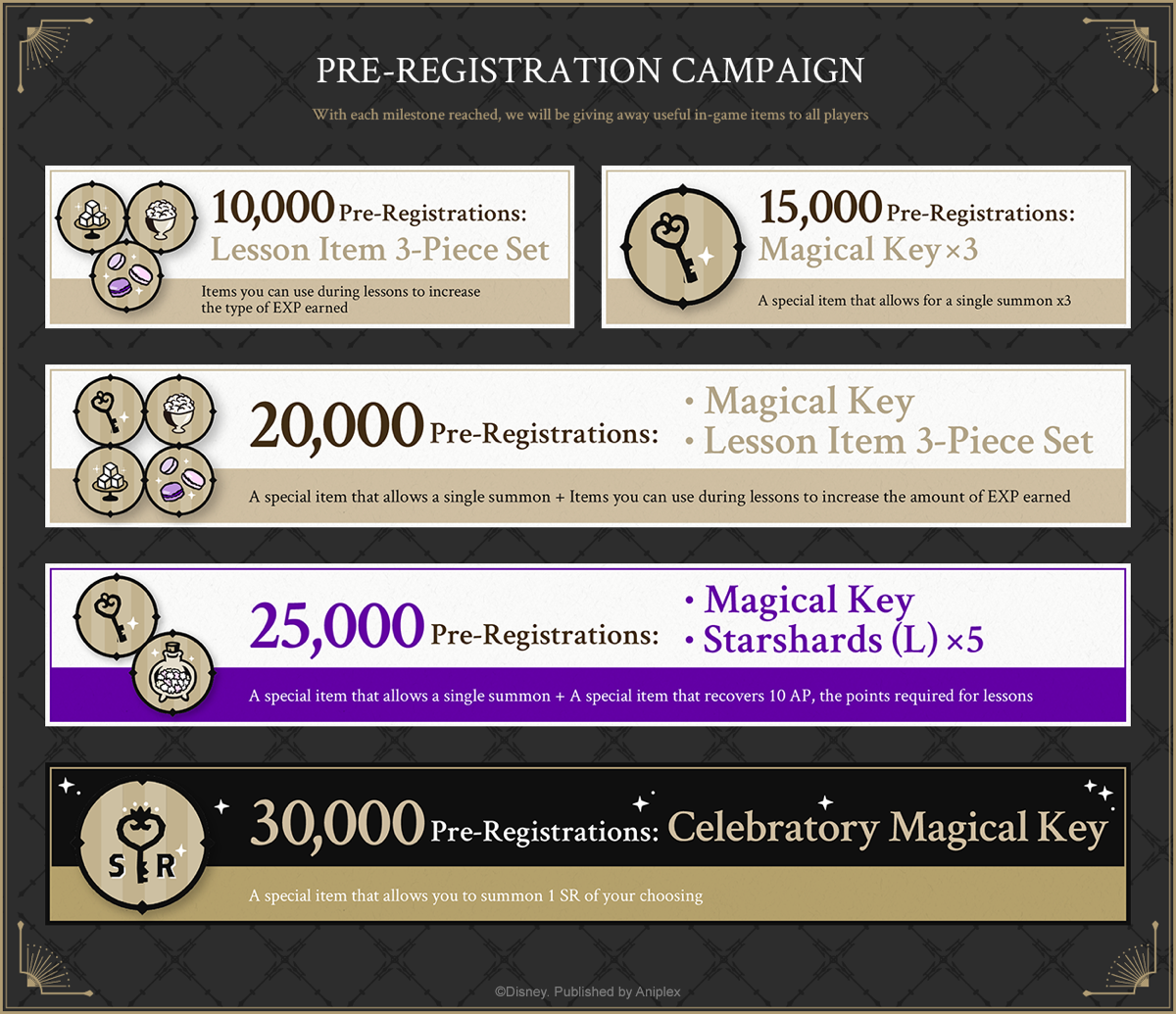 “Continuing our fan-first approach to demonstrate timeless stories in unprecedented ways, this unique game shows how stories from any part of the world can resonate with fans everywhere,” says Luigi Priore, VP, Disney and Pixar Games.  “We hope players are as excited as we are to experience this incredibly distinctive anime universe.”