When speaking about Disneyland, Walt Disney himself remarked that the parks “will never be complete.” This means, unfortunately, that we often need to bid a fond farewell to some fan-favorites throughout time.

With the announcement that we’d be getting our FIRST full parade back in Walt Disney World later this year, we’re looking back as five beloved entertainment offerings that we’d love to see return!

One of the most widely loved and cherished Disney parades of all time, The Main Street Electrical Parade had a rather lengthy on-and-off run in both Disney World and Disneyland. It first appeared in Disneyland in 1972 and would make its Disney World debut in 1977.

In October 2016, the parade played its final performance in Magic Kingdom, where it would return to its original home, Disneyland, for a final run which ended in September of 2019.

But who knows! This show has made several comebacks in the past, and  it’s very possible we see another run of this parade.

When Main Street Electrical Parade was not playing in Magic Kingdom through the 90’s and 00’s, it was most likely because the resident parade at the time was SpectroMagic! The two parades would bounce back and forth as the resident nighttime parade, until SpectroMagic! officially ended its run on June 4th, 2010. 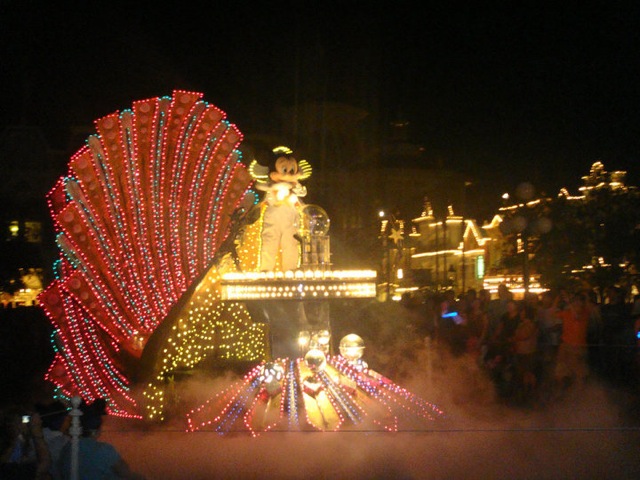 Mickey begins the SpectroMagic from his float ©Orlando Villas

While this newer parade had many similar elements and visual designs to the Main Street Electrical Parade, SpectroMagic’s sound had a more ‘full orchestra’ feel than that of its predecessors’ iconic electronic sound.

While IllumiNations: Reflections of Earth had 20 years worth of performances for us to look back on, there was another entertainment aspect that came about during Disney World’s Millennium Celebration that had a much more limited run.

Tapestry of Nations was a parade that travelled across World Showcase (could you imagine a parade in World Showcase these days!?), and ran from Octobrer 1st, 1999 (the same opening date as IllumiNations) until September 9th, 2001. This was a truly unique parade, with virtually no references to Disney in its original version.

Elements of the parade even went on to be included in the Halftime Show of SuperBowl XXXIV in 2000. References to the parade would remain in IllumiNations, as images of the puppets appeared on the show’s globe until its final performance in 2019.

The Hunchback of Notre Dame

90’s kids who frequented MGM Studios may remember this next show fondly! The Hunchback of Notre Dame stage show ran from 1996 to 2002 (we even wrote an article when the show closed!), and was among one of the most beloved stage shows Disney had ever done in a theme park. And of course, who could forget Matt the Juggler!

If you were into skateboarding and roller skating as a kid, then you would have LOVED Tarzan Rocks. This high-energy show, which played in Animal Kingdom from 1999 to 2006, combined the music of the film Tarzan with skating stunts and acrobats. 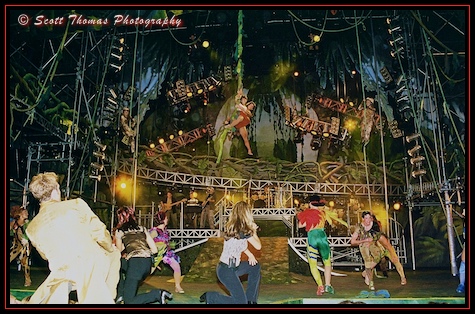 What parade or show do YOU miss and think Disney should bring back? Let us know in the comments!

4 Replies to “5 Parades and Shows We Wish Disney Brought Back!”