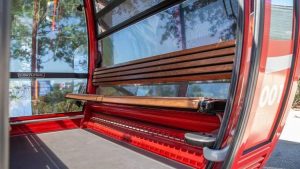 First Look Inside Disney Skyliner Plus Questions About the Gondolas Answered!

Posted on April 17, 2019 by Sarah Sands
The Orlando Sentinel was treated to a first look inside the Disney Skyliner gondolas and got answers to some top questions and concerns about the system. See photos and get the answers to your questions here.
13 Comments 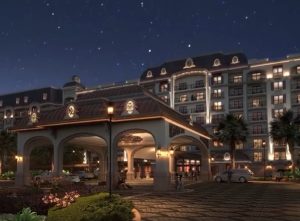 Posted on April 16, 2019 by Molly McCormack
General sales for the NEW Disney Vacation Club property, Riviera Resort, are now open! Check out this post for more details, including a special offer to save on membership and the chance to win a vacation at the new resort.
One Comment 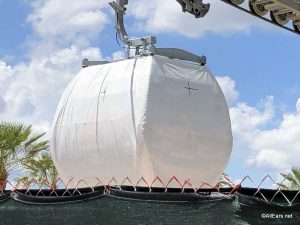 Posted on April 14, 2019 by Sarah Fournier
The Disney Skyliner gondolas continue to be tested in Walt Disney World. We try to peek under the gondolas' protective wrapping to see what character designs are included.
4 Comments 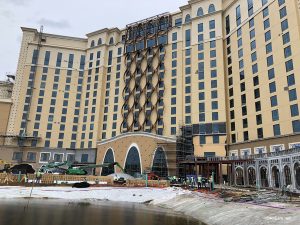 Posted on April 9, 2019 by Sarah Sands
See our recent construction photos of the Gran Destino Tower at Coronado Springs Resort and the Disney Vacation Club's Riviera Resort, both opening at Walt Disney World later in 2019.
3 Comments 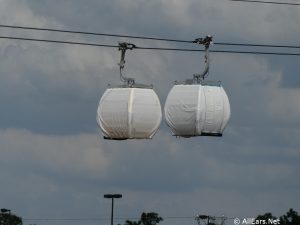 Posted on February 24, 2019 by Sarah Sands
We saw the Disney Skyliner system in testing mode with the actual gondolas at full capacity and full speed! See all the photos and watch the video here!
2 Comments 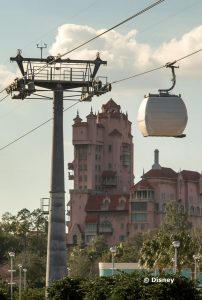 Posted on February 11, 2019 by Debra Martin Koma
As we reported recently, testing of Walt Disney World's new transportation system, Disney Skyliner, has begun. Today, Disney released the first official image of a Skyliner gondola in action, as it traveled between Disney’s Caribbean Beach Resort, which will serve as the hub of the system, and Disney’s Hollywood Studios!
15 Comments 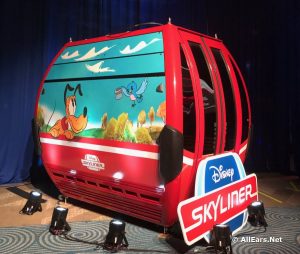 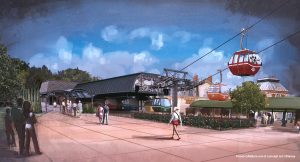 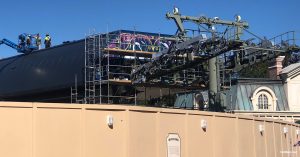 Posted on November 1, 2018 by Sarah Sands
The Epcot Skyliner Station at International Gateway is starting to look really special! We were there this week and were surprised and excited to see a new development with the station -- artwork! We haven't seen art on any of the other stations to date.
2 Comments 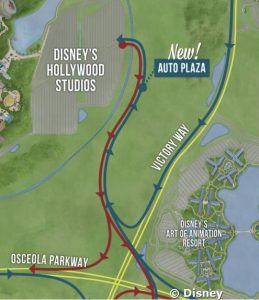 Posted on October 25, 2018 by Debra Martin Koma
Starting Nov. 8, cars will access Disney's Hollywood Studios at a new point of entry. This change marks the beginning of other notable transportation and parking changes at the Studios, including new tram lanes, a new auto plaza and the eventual addition of the Disney Skyliner.
No Comments