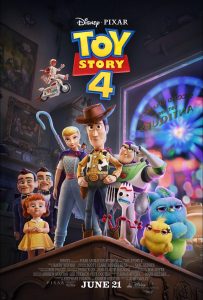 Posted on June 17, 2019 by Jeanine Yamanaka
Finishing up with our early press day for Disney-Pixar's Toy Story 4, which we have written about several times over the last few weeks, we now recap the last panel, which was a press conference with Director Josh Cooley and Producer Mark Nielsen.
No Comments What we know about Disney-Pixar’s Toy Story 4, including new release date

Posted on April 14, 2018 by AllEars
Just as Pixar Fest at Disneyland is starting and exciting details from Toy Story Land at Walt Disney World are being revealed, the news comes that the animated film Toy Story 4 has a release date. Originally slated for June 2017, the Disney-Pixar animated movie now is scheduled to hit screens in North America on June 21, 2019.
3 Comments

Posted on June 27, 2017 by AllEars
The Walt Disney Studios will present an exclusive look at its film slate at D23 Expo 2017 in Anaheim, California, taking place July 14-16. At two marquee Hall D23 presentations, the Studio will give fans a behind-the-scenes glimpse at its upcoming releases, with animated films from Walt Disney Animation Studios and Pixar Animation Studios showcased on Friday, July 14, and live-action projects from Disney, Marvel Studios, and Lucasfilm taking the stage on Saturday, July 15.
No Comments Posted on November 22, 2014 by AllEars
It’s almost December, and that means it’s about time for beloved Christmas specials to begin airing on television stations. New ads this week reminded us that among the classics is a new Disney-Pixar show, “Toy Story That Time Forgot,” that is sure to join the ranks of must-see holiday programming. The official description of “Toy … Continue reading "Mark your calendars: New holiday special ‘Toy Story That Time Forgot’ airs Dec. 2"
No Comments 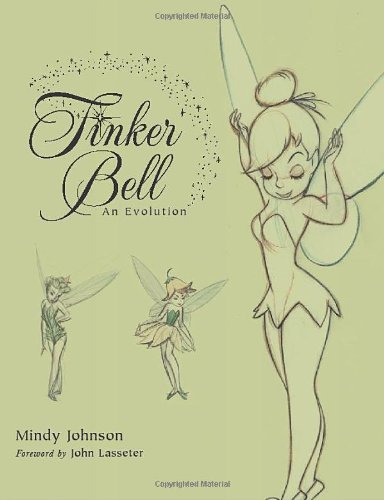 Posted on January 17, 2014 by Debra Martin Koma
Tinker Bell: An Evolution By Mindy Johnson with a Foreword by John Lasseter Disney Editions has recently published a lavish tome dedicated to the development and history of the beloved, but slightly naughty, fairy Tinker Bell, designed in collaboration with the Animation Research Library. The book traces the history of the sparkly sprite from her … Continue reading "BOOK REVIEW: Tinker Bell: An Evolution"
No Comments Review: Disney’s ‘Planes’ movie doesn’t really get off the ground

Posted on August 10, 2013 by AllEars
Disney's animated "Planes" movie is one that its creators say will take viewers "above the world of Cars." But how high it flies toward that goal just might depend on your age. Unlike Disney-Pixar's "Cars," this new film has little humor for adults to enjoy. And, given its uninteresting or original story line, there's little chance that "Planes" will have the widespread appeal of the 2006 John Lasseter production that introduced us to Lightning McQueen and Mater.
4 Comments Get in the game with Disney’s ‘Wreck-It Ralph’

Posted on November 3, 2012 by AllEars
Expect to be immersed in another world from your childhood when you see Walt Disney Animation Studios' newest animated film, "Wreck-It Ralph." Much like the clever and funny "Toy Story" series, "Wreck-It Ralph" allows audiences a look at what goes on with our playthings when the kids aren't around. Yet this time it's a view behind the screens of video games to expose what happens after the kids leave the arcade. The story is about Ralph (voiced by John C. Reilly), the bad guy in the Fix-It Felix, Jr. game. As his name indicates, Ralph's job is to destroy things that the other residents of Niceville, especially hero Fix-It Felix Jr. (voiced by Jack McBrayer), have built. After 30 years of being an outcast, Ralph is fed up and decides to try to prove he, too, can be one of the good guys so that he will be accepted by the other game characters.
2 Comments