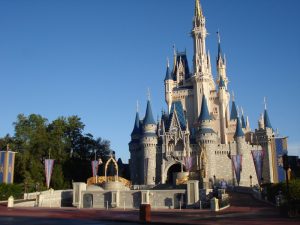 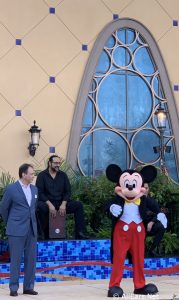 Posted on July 9, 2018 by Debra Martin Koma
Walt Disney World has confirmed that a cast member at its Pop Century Resort was killed in an accident on Monday morning, July 9. The man, Juan Alberto Ojeda, 33, was found unconscious by the Reedy Creek Fire Department, which had responded to an emergency call. Ojeda was declared dead at the scene shortly after … Continue reading "Cast Member Killed in Accident at Disney’s Pop Century Resort"
No Comments Epcot at 35: Reflecting on a Storied Past, Poised for a Promising Future of Creativity and Innovation

Posted on October 3, 2017 by Debra Martin Koma
LAKE BUENA VISTA, FLA. — Oct. 1, 2017 — Epcot marked its 35th anniversary Sunday doing what it does best: looking to the future. Against the backdrop of its iconic Spaceship Earth, Disney’s theme park that celebrates human achievement hosted ceremonies that reflected on 35 years of creativity and innovation. More important, the ceremonies shined … Continue reading "Epcot at 35: Reflecting on a Storied Past, Poised for a Promising Future of Creativity and Innovation"
No Comments Posted on October 3, 2016 by Debra Martin Koma
Cast members Ken Facey and Brandon Peters have been selected as the 2017-2018 Walt Disney World ambassadors. The two were informed of their appointment by Disney World president George A. Kalogridis and the selection panel at a ceremony last month. Peters, a UCF alumni, works in entertainment as a performer and part of the 2016 Disney University Traditions team. Facey has been in a leader role at Disney's Grand Floridian Resort and Spa, supporting the housekeeping and custodial team. Disney says candidates are picked for their "enthusiasm for community service, passion for Disney guest service, knowledge of Disney heritage and business, professionalism, integrity, compassion and character." After a three-month training period, the new ambassadors will begin their terms on January 1, working through the end of 2018.
No Comments

Statement from The President of Walt Disney World

Posted on June 16, 2016 by Debra Martin Koma
A two year old was killed in a rare gator attack on the shoreline at the Grand Floridian Resort this week
No Comments Disney gives tribute to “The Boys” Richard and Robert Sherman

Posted on April 8, 2010 by AllEars
by Guest Blogger: Jeremy Marx On March 11, 2010, two of the most recognized musicians from the 20th century were recognized by the Walt Disney Company when they were given a window on Main Street USA in Disneyland. While many might not recognize the name of Richard and Robert Sherman, their music is known by … Continue reading "Disney gives tribute to “The Boys” Richard and Robert Sherman"
No Comments

Ranking the BEST (and Worst) of the Disney World Deluxe Resorts!
What Happens If You Get Kicked Out Of Disney World?