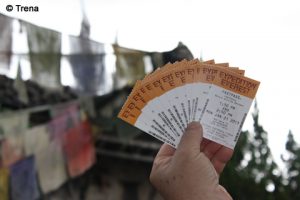 Posted on May 13, 2022 by Jenna Saxton
Disney World is constantly changing, but remembering these 10 things makes us feel like we've been around since the dawn of (Disney) time!
6 Comments Posted on May 13, 2016 by AllEars
The Orange County Register confirmed Thursday that Disney Dollars will no longer be sold at Walt Disney World or Disneyland after today, May 13. The California newspaper cited a statement from a Disneyland spokesperson, although The Walt Disney Co. did not make an official announcement. There is no expiration date on Disney Dollars, so bills that already have been purchased still can be used. NOTE: A cast member at Guest Relations at Disney Springs said that location will still sell Disney Dollars on Saturday, if they still have some.
4 Comments