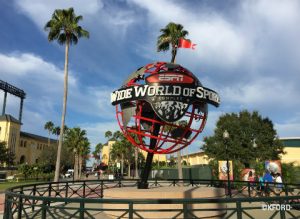 Posted on January 29, 2021 by Kelly Oliveros
Some youth sports championships will be moving from Disney World. Check out the details here.
One Comment 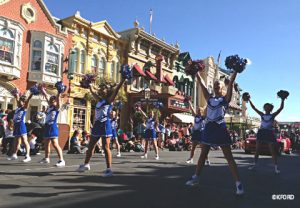 Posted on January 20, 2020 by Alex Martin
Over the coming months, Disney's Magic Kingdom will be hosting after-hours events at the park for Varstiy Cheerleading competitors!
No Comments Posted on January 15, 2018 by Laura Gilbreath
ESPN Wide World of Sports Complex has officially opened a new multi-purpose sports and entertainment arena to help mark its 20th anniversary. The 8,000-seat arena will host a variety of major indoor sporting events, from basketball to volleyball to gymnastics to wrestling. The Arena at ESPN Wide World of Sports Complex hosted its inaugural event, the UCA and UDA College Cheerleading and Dance Team National Championship, this past weekend. The venue will host runDisney Health & Fitness Expos during runDisney race weekends, beginning with the Disney Princess Half Marathon Weekend presented by Children's Miracle Network Hospitals in February.
No Comments Posted on July 26, 2016 by Debra Martin Koma
In February, Walt Disney World Resort announced plans to build a new sports venue at ESPN Wide World of Sports Complex. Today, Disney released a look at the new venue, which will be adjacent to the Jostens Center. The venue will feature a flexible design that can be used as one large competition space capable of seating more than 8,000 fans, or it can be configured into as many as four separate competition areas. It also can be configured to host a variety of other sports, such as basketball and volleyball, as well as concerts. Upon its completion, which is expected within the next 18 months, it will be the only venue of its size in America specifically designed with cheerleading and dance competitions in mind, offering special warm-up and practice areas, as well as spaces for judges and officials.
No Comments Posted on February 9, 2016 by Debra Martin Koma
ESPN Wide World of Sports is preparing to break ground on a new state-of-the-art cheerleading and dance team competition venue. The Walt Disney World sports complex will team up with the nation's top cheerleading organization, Varsity Spirit, to create the first venue in the world specifically designed for cheerleading and dance team competitions. The venue will include a flexible design for one large competition space that can be set up for as many as four competition areas. Additional areas are being tailored for warm up and practice, along with areas for judges and officials. With the ability to seat more than 8,000 guests, plus performance and warm-up space, the new multi-use sports and entertainment venue will also be able to host six regulation basketball courts, six regulation volleyball courts or concert configurations. There will be concessions throughout the building, and an additional box office and entry to the complex. Construction is slated to begin in February 2016, and is expected to be complete by mid- 2017.
No Comments