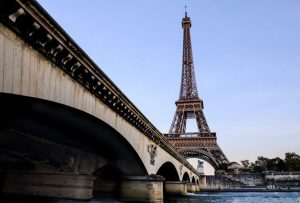 Posted on May 6, 2020 by Alex Martin
Find out which river cruises have been cancelled by Adventures by Disney here!
No Comments

Posted on January 27, 2019 by Sarah Sands
Earlier this month Adventures by Disney announced they were expanding their European Cruise itineraries in 2020, now we've learned more details on those trips.
No Comments Posted on March 1, 2017 by Debra Martin Koma
Adventures by Disney recently announced new enhanced river cruise vacation offerings for 2018, including options for special Beauty and the Beast themed experiences along Europe's Rhine river, and adult-exclusive epicurean style experiences along both the Rhine and Danube rivers. Bookings for 2018 river cruise vacations opened on March 2. To book, call 1-800-543-0865 or contact a travel agent.
No Comments Posted on June 18, 2016 by AllEars
The AmaViola will be carrying Adventures by Disney passengers on Danube river cruises in 2016 and 2017. Calabasas, CA - (Jun. 17, 2016) - AmaWaterways this week christened its two newest ships, AmaViola and AmaStella. The line's co-founders, Rudi Schreiner and Kristin Karst, were joined by the ships' godmothers and local dignitaries, for ceremonies in Vilshofen, Germany. On June 15, AmaWaterways marked the official arrival of AmaViola, with a day of specially planned festivities in Vilshofen. The morning began with the decorating of the dock and continued with comments by AmaWaterways' Co-Founder Rudi Schreiner and Vilshofen Mayor Florian Gams. The events included a signing of the ship's guestbook, prayer by the abbot, live music and Bavarian cuisine. A special song was also written in honor of AmaViola by a local Vilshofen musician, and performed during the ceremony.
No Comments

You Can Watch Disney World’s Not So Spooky Halloween Fireworks from Home!

Take a Frightful First Look at This Year’s Halloween Merchandise…