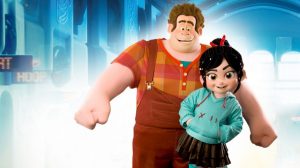 Posted on October 29, 2018 by Sarah Sands
Beginning November 9, guests at Disneyland Resort will be able to meet up with Wreck-It Ralph and Vanellope von Schweetz in Hollywood Land at Disney California Adventure. The two characters will also join the list of meet-and-greets at Walt Disney World's Epcot starting November 21, the day Ralph Breaks the Internet heads into theaters. You'll find the duo in Innoventions West. And this winter, they'll also be meeting guests at the Imagination Pavilion!
No Comments Posted on August 9, 2018 by Debra Martin Koma
With Halloween on the horizon (the first Mickey's Not-So-Scary Halloween Party at Walt Disney World will be held on August 17!), Disney has released information on a number of new themed items that will be making their appearance at various times during this spooky season.
No Comments Posted on May 22, 2018 by AllEars
First Look: Edna Mode from ‘The Incredibles’ Visiting Disney Parks This Summer This summer, celebrated designer Edna Mode, from Disney-Pixar’s “The Incredibles” and the upcoming “Incredibles 2,” will be traveling to both Walt Disney World Resort in Florida and Disneyland Resort in California. Edna Mode prides herself on crafting super suits that are both functional … Continue reading "First Look: Edna Mode!"
No Comments Posted on April 3, 2018 by AllEars
Dapper Day -- a day designated for guests to dress up and visit the Disney Parks -- has become more and more popular each year. And although the celebration is not officially sponsored by Disney Parks, one report says that about 30,000 people participate in this event, which is held twice a year at each park.
No Comments

Posted on April 2, 2018 by Chuck Schmidt
Disney Legend Jack Lindquist made significant contributions to solidify the success of Disneyland. [The Walt Disney Company] During the first few years of Disneyland’s existence, although hopes and expectations were very high, “the success of the park wasn’t a slam dunk,” according to Marty Sklar, the Disney Legend and former head of Walt Disney Imagineering … Continue reading "Jack Lindquist graduated from marketing guru to one of Disneyland’s greatest cheerleaders"
No Comments Sneak Peek of “A Wrinkle in Time”

Posted on January 1, 2018 by AllEars
For a limited time, guests visiting Disney's Hollywood Studios are invited to the Walt Disney Presents theater to be a warrior and enjoy clips from the upcoming film.
No Comments Posted on November 2, 2017 by AllEars
Beginning tomorrow (Nov. 3), segments of the Disney Parks holiday specials that air in November and December on ABC and the Disney Channel will be taped at Walt Disney World. According to online reports, tapings at the Orlando theme parks will take place through Tuesday (Nov. 7). Like last year, the production schedule calls for stage performances and other segments to be filmed here, while the Christmas parade that is shown on the morning of Dec. 25 will be filmed at Disneyland in California.
2 Comments

AllEars TV: We Wasted So Much Money in Disney World!