Yesterday, we learned that Shanghai Disneyland Park will reopen its gates on Monday, May 11. This marks the first Disney park worldwide to reopen amidst the current global health crisis. At the time this announcement was made, it was revealed that several measurements and protocols would be put in place to ensure Guest and Cast Member safety.

According to a statement released by Disney, we now know that some of these distancing protocols include limiting opportunities for large crowds to gather.

While “the majority of Shanghai Disneyland’s attractions, rides, some shows and shopping and dining locations will resume operations”, several decisions were made to control attendance within the parks. In addition to limited capacity, there will be limited entertainment offerings as well.

Disney noted that their stage shows will not return immediately in order to promote physical distancing amongst Guests. The statement from Disney goes on to say, “To accommodate social distancing, parades and nighttime spectaculars will also return at a later date.” We had previously seen reports of Shanghai Disneyland testing their fireworks, but it appears as though they were testing for a later return of these nighttime spectaculars.

However, Disney is making every effort to ensure the Guest experience is still a magical one, despite the limited entertainment offerings available. Shanghai Disneyland will have a special character procession called “Mickey and Friends Express”, which will appear throughout the park several times per day. In addition, Enchanted Storybook Castle will “come to life” around dusk every day in a colorful display of light and music. 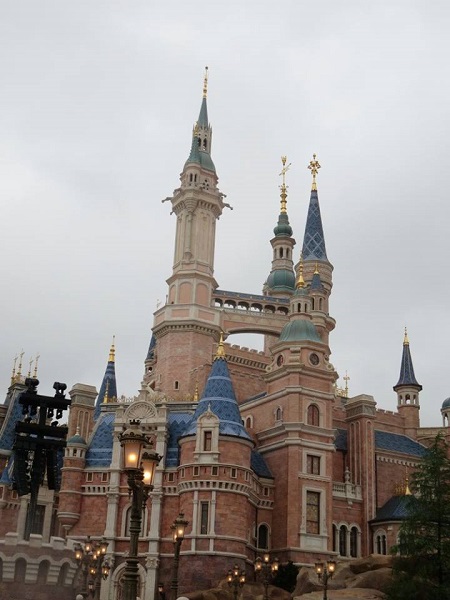 We will continue to follow this story and the adjustments made to Shanghai’s health protocols as they develop!

What do you think of these distancing protocols? Do you expect similar policies to be put in place when the U.S. parks reopen? Share your thoughts in the comments!