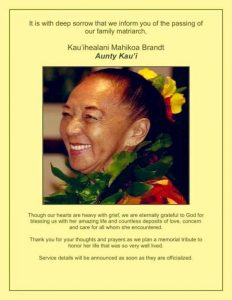 Posted on January 10, 2020 by Austin Lang
One of the most beloved Cast Members at Walt Disney World has died, leaving a legacy of the aloha spirit that has touched countless visitors to the resort.
One Comment 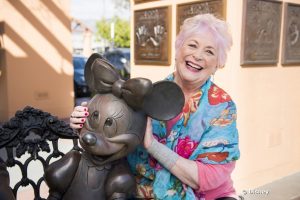 Posted on July 27, 2019 by Debra Martin Koma
Disney Legend Russi Taylor, who has been the voice of Minnie Mouse since 1986, passed away in Glendale, California, on July 26, 2019. She was 75. Read on for a full obituary.
No Comments 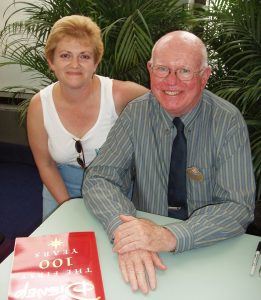 Posted on February 16, 2019 by Debra Martin Koma
Disney Legend Dave Smith, who founded the Disney Archives, has passed away in California at the age of 78.
One Comment 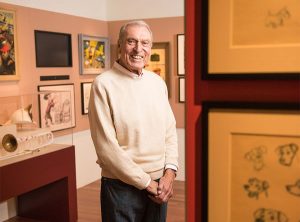 Posted on February 10, 2019 by Sarah Sands
Ron Miller, husband of Diane Disney-Miller, former President and CEO of Walt Disney Productions, President of the Board of Directors at The Walt Disney Family Museum, and owner of Silverado Vineyards, passed away in Napa, California at the age of 85.
No Comments 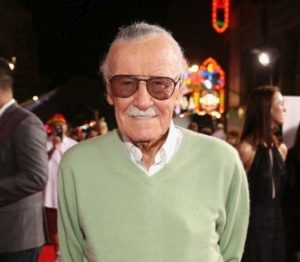 Posted on November 12, 2018 by Sarah Sands
Stan Lee, the creative mind behind such Marvel characters as Spider-Man, Thor, Iron Man, Black Panther, and the X-Men and Fantastic Four has died at the age of 95.
No Comments Posted on September 11, 2017 by Laura Gilbreath
Legendary Disney Animator and Imagineer Francis Xavier 'X' Atencio passed away on September 10 at age 98. He began his Disney career in 1938 as an animator, working on films such as Pinocchio, Fantasia, and Mary Poppins. In 1965 he moved to WED Enterprises, where he helped bring to life attractions such as Pirates of the Caribbean and Haunted Mansion, including co-writing the iconic "Yo Ho (A Pirate's Life for Me)" and "Grim Grinning Ghosts." He continued to consult with Walt Disney Imagineering after his retirement in 1984, and was named a Disney Legend in 1996. AllEars.Net joins X's family and the entire Disney community in mourning his passing.
No Comments Posted on July 28, 2017 by Debra Martin Koma
Legendary Disney Imagineer Martin A. "Marty" Sklar passed away in his Hollywood Hills home on Thursday, July 27. He was 83. During an illustrious career spanning 54 years, Marty worked closely with Walt Disney and was instrumental in creating, enhancing and expanding Disney's creative vision. Named a Disney Legend in 2001, he is best remembered and revered by fans around the world for his work bringing Disney's theme parks to life.
No Comments

‘Mulan’ Is First of Disney’s Live-Action Remakes to Get…