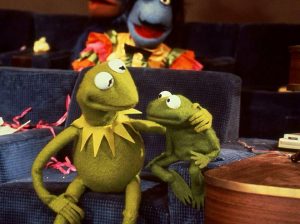 Want More Muppets? How Walt Disney World Could Add Even More of Our Favorites!

Posted on February 19, 2020 by Alex Martin
Find out what Muppet touches we think Disney World should add!
No Comments 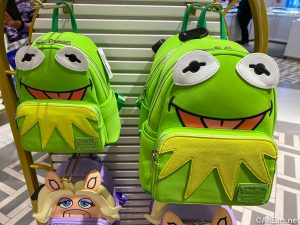 The Most Muppetational Backpacks Have Arrived in Disney’s Hollywood Studios!

Posted on February 14, 2020 by Morgan Flaherty
Show off your Muppet love with these new Kermit and Miss Piggy Loungefly Backpacks in Disney's Hollywood Studios!
No Comments 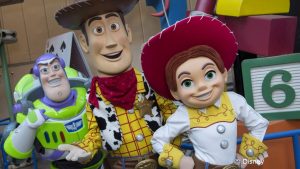 Why This Disney Character Should Be President

Posted on April 14, 2019 by Sierra Vieregge
Just for fun, we nominate a variety of Disney characters for president, then take a look at the pros and cons. Find out which Disney character would get our vote as the next leader of the U.S.
2 Comments Posted on September 23, 2016 by AllEars
Kermit the Frog, Miss Piggy, Fozzie Bear and The Great Gonzo arrive at Magic Kingdom Park on October 2 for the opening of their all-new, live show "The Muppets Present... Great Moments in American History." Hosted by James "J.J." Jefferson, town crier of Liberty Square, and Sam Eagle, the fiercely patriotic American eagle who is forever trying to set a high moral standard for the Muppets, this wacky new show is set to take place several times daily, just outside The Hall of Presidents.
No Comments Posted on July 28, 2016 by Debra Martin Koma
Beginning in October 2016, the Muppets will star in an all-new live show at Magic Kingdom Park, called "The Muppets Present... Great Moments in American History." Sam Eagle, the fiercely patriotic American eagle who is forever trying to set a high moral standard for the Muppets, will join Kermit the Frog, Miss Piggy, Fozzie Bear, The Great Gonzo and James Jefferson, town crier of Liberty Square, as they gather outside The Hall of Presidents to present historical tales in hysterical Muppets fashion. From the midnight ride of Paul Revere to the signing of the Declaration of Independence, the Muppets will appear throughout the day to share their own unique take on the founding fathers and the birth of the United States of America. The new show will be presented multiple times daily and will feature an original song and wacky Muppets humor.
No Comments Posted on September 22, 2015 by Debra Martin Koma
Deb Koma writes about the Magic Behind the Muppets panel at the 2015 D23 Expo, with a little background on the new Muppets television show that debuts on ABC-TV September 22 at 8 p.m.
4 Comments Disney Pic of the Week: Flower and Garden Festival

Posted on July 1, 2014 by Scott Thomas
Each year the Epcot Flower and Garden Festival transforms the park into a display of natural colors and shapes of favorite Disney characters using over 100 topiaries to decorate both Future World and World Showcase. This year, Disney brought in a couple of new celebrities who were promoting their new movie. Kermit the Frog serenades … Continue reading "Disney Pic of the Week: Flower and Garden Festival"
No Comments Posted on April 15, 2014 by Lisa Berton
Muppet Vision 3D first appeared, and is still playing, at Disney’s California Adventure in Anaheim. Outside the theatre entrance you’ll find Beaker and The Great Gonzo up to their old tricks along with the flying pig ship from The Muppet Show’s Pigs in Space skit. A copy of the film can also be seen in … Continue reading "Disney Pic of the Week – Muppet Vision 3D"
No Comments What’s New on the Disney Fantasy? The Muppet Adventure Game!

Posted on March 28, 2012 by AllEars
I know a lot of you are wondering what’s so special about Disney’s newest cruise ship, the Fantasy — what’s new about it, and what makes it different from its sister ship, the Disney Dream? Deb Koma and I will be writing about those differences for the next several days, as we try to recap … Continue reading "What’s New on the Disney Fantasy? The Muppet Adventure Game!"
No Comments