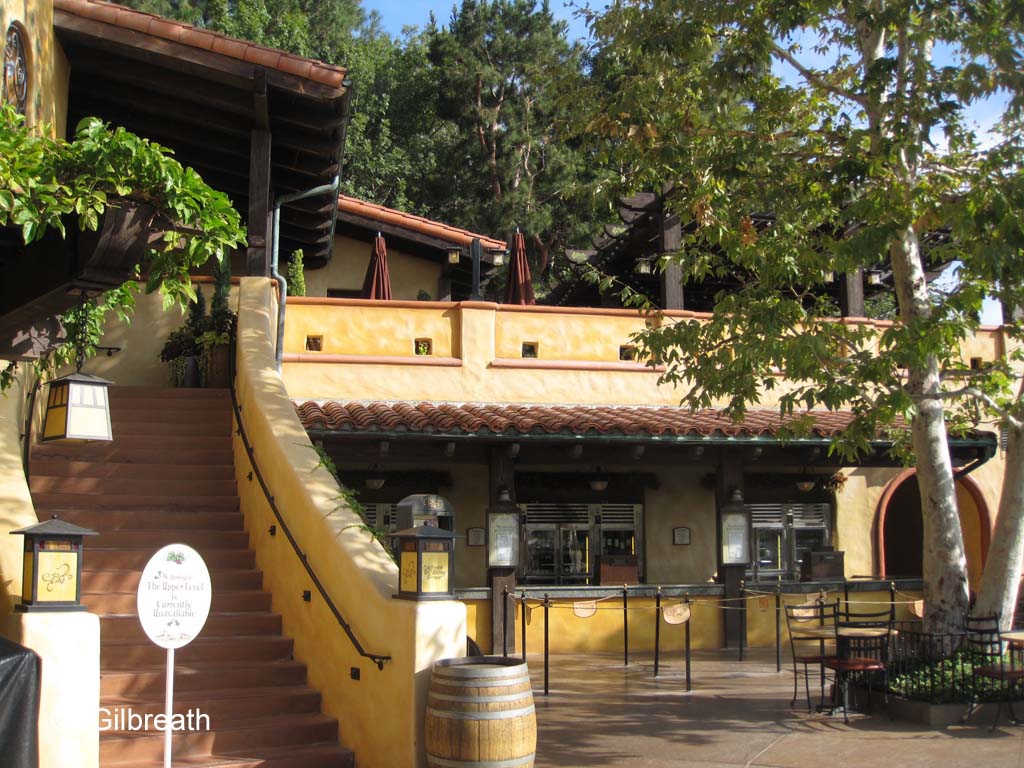 Located in the Golden Vine Winery in Disney California Adventure.

The seating area is outdoors, and while it's covered with an open lattice-style patio cover, it's not totally shaded, and can be very warm.

There's a wonderful view from some of the tables, and it's a very relaxed and quiet spot.

Lasseter Family Winery: Disney Family Connection: John Lasseter's first job was as a skipper on The Jungle Cruise, later he became an animator for The Walt Disney Company. In the early 1980s he helped pioneer computer animation at Lucasfilm. This led to the founding of Pixar in 1986. We all know how that story goes. From Toy Story to Cars Land, John Lasseter and Pixar changed the game in entertainment. He now serves as Chief Creative Officer for Water Disney and Pixar Animation Studios and is Principal Creative Advisor for Walt Disney Imagineering.