Mickey’s Royal Friendship Faire is a live stage show featuring Mickey Mouse and friends that will be performed several times each day on the Cinderella Castle Forecourt Stage.

Mickey Mouse and his pals unite in a tale of friendship featuring songs and characters from Disney’s contemporary classics “Princess and the Frog,” “Tangled” and “Frozen.” 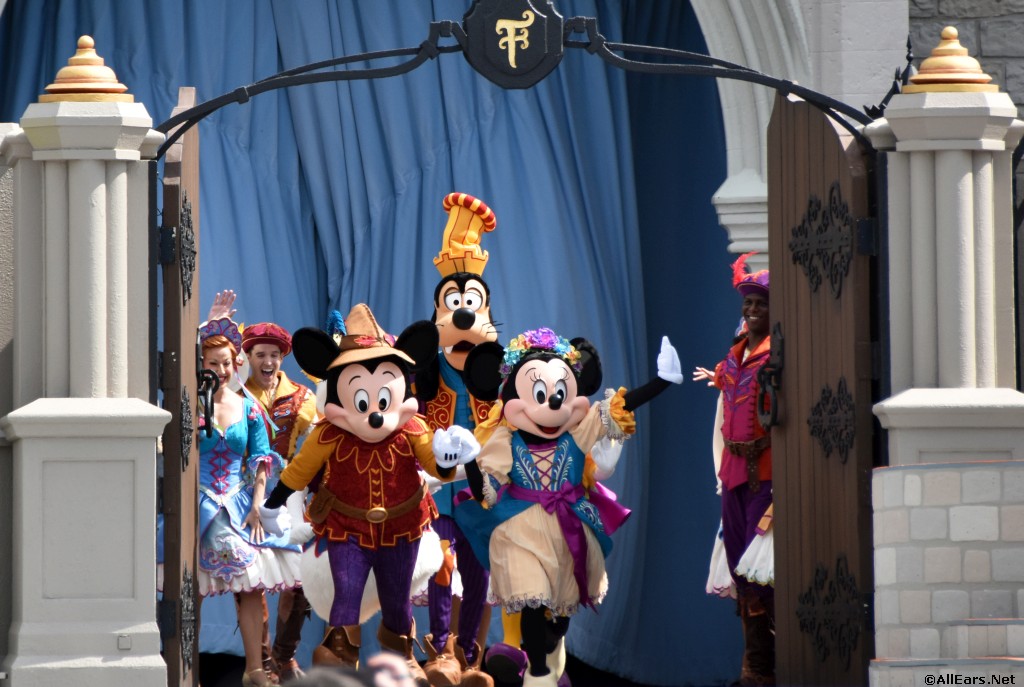 The story is that Mickey and Minnie are hosting a friendship celebration, and are encouraging their friends to invite people from nearby kingdoms! 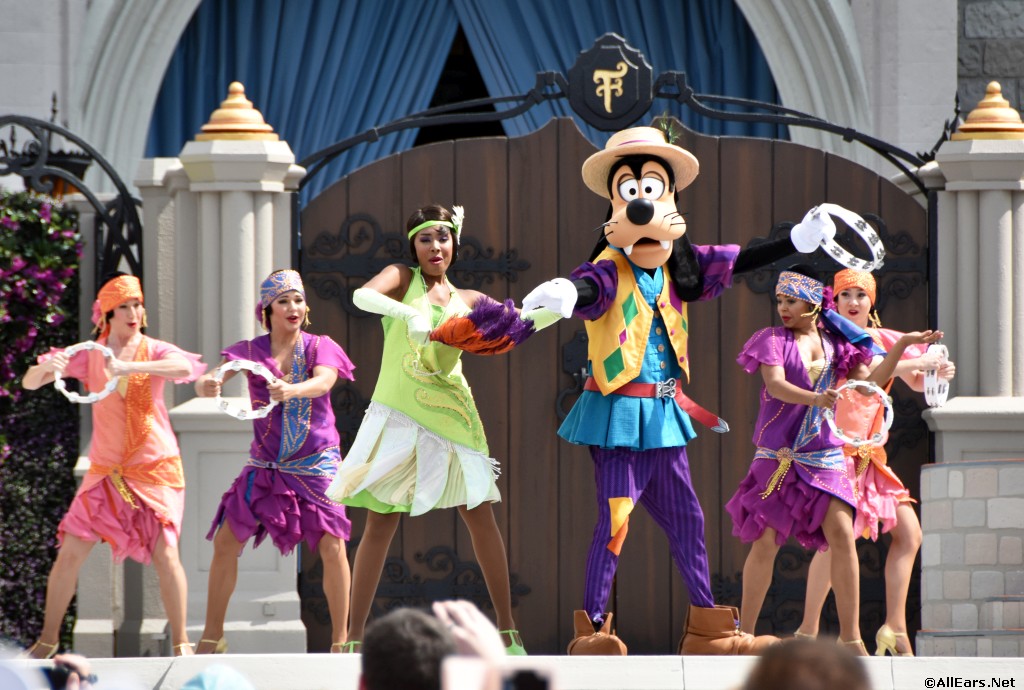 From the land of the bewitching bayous, Goofy has invited Princess Tiana, Naveen and Louis to add a little spice of New Orleans jazz to the party. See Tiana, Naveen, and Louis perform “Dig a Little Deeper” from The Princess and the Frog! 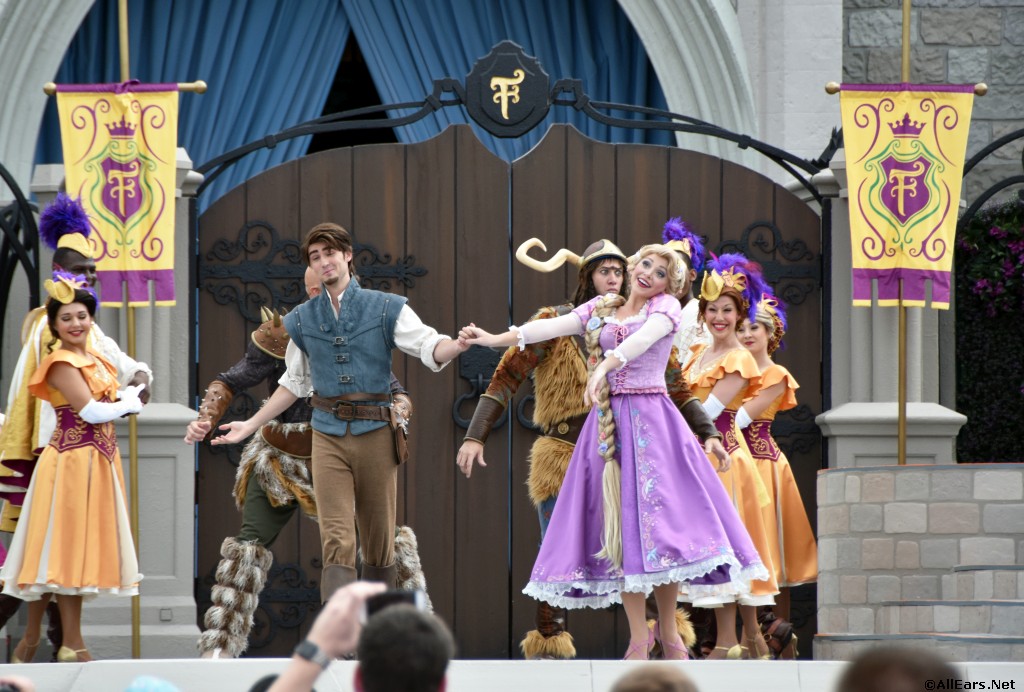 Donald Duck brings some new friends he met in the land of the enchanted woods, where Daisy Duck introduces us to her special guests, Rapunzel and Flynn — as well as the ruffians from the Snuggly Duckling! They perform “I’ve Got a Dream” from Tangled. 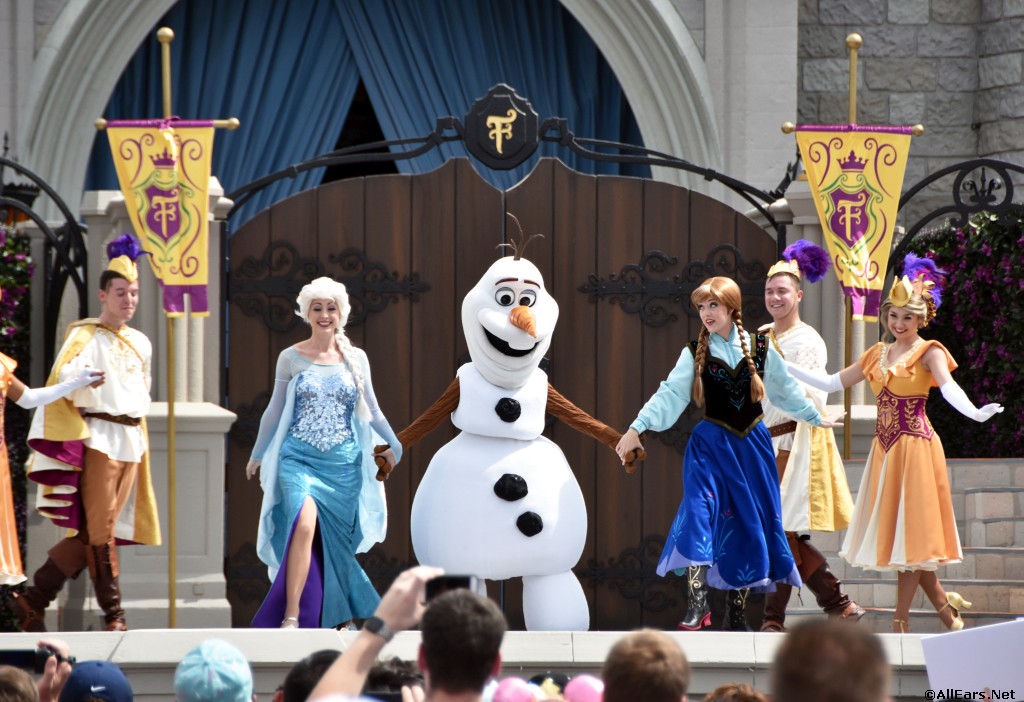 Finally, Mickey Mouse shares a surprise with Minnie Mouse, as he has traveled to the land of the mystic mountains to invite Olaf, Princess Anna, and Queen Elsa, who swirls a blast of her icy magic. Elsa performs “Let it Go” from Frozen! 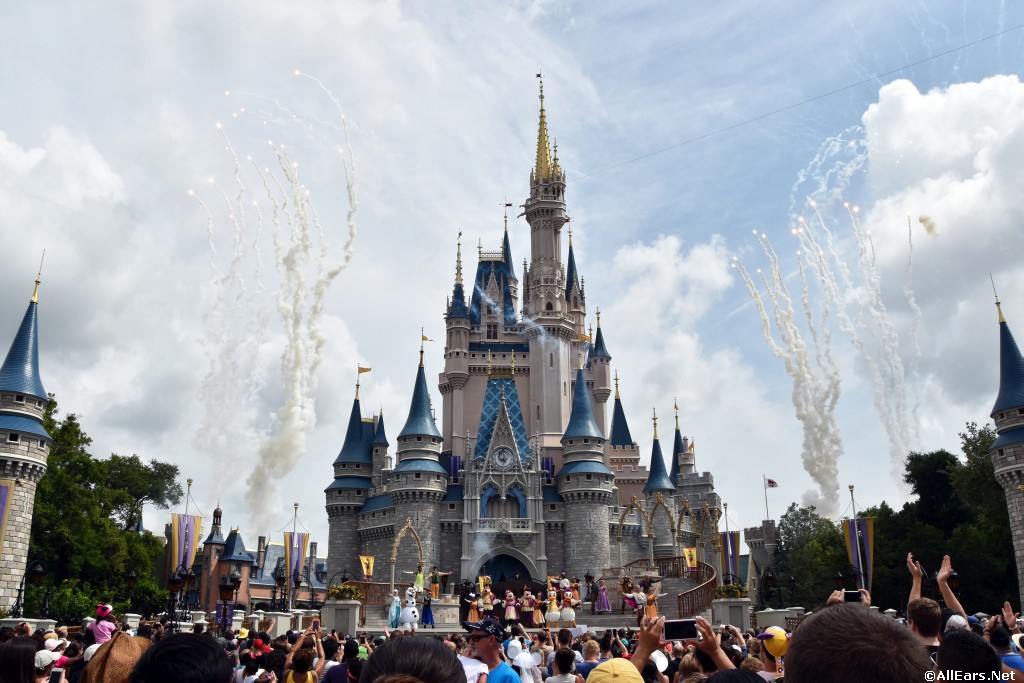 This “timeless fairytale” of a show combines grand dance, fireworks and stunts with memorable music, an original song and special effects, including a magical fireworks finale.

The show is performed in front of Cinderella Castle in the Magic Kingdom several times a day. There is no FastPass+ and usually no designated area for wheel chairs.

If there is inclement weather, the show may be cancelled. There may also be an abridged version of the show where the characters come out and perform a song with limited dancing. 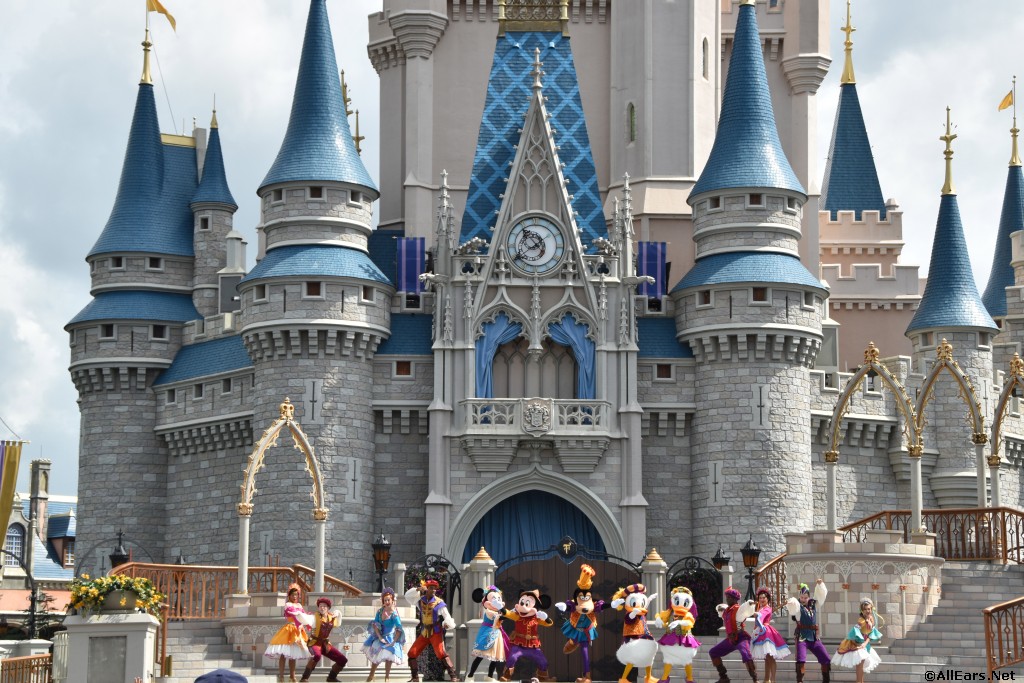 The show features an original song.

The show debuted on June 17, 2016, replacing the Dream Along with Mickey show. 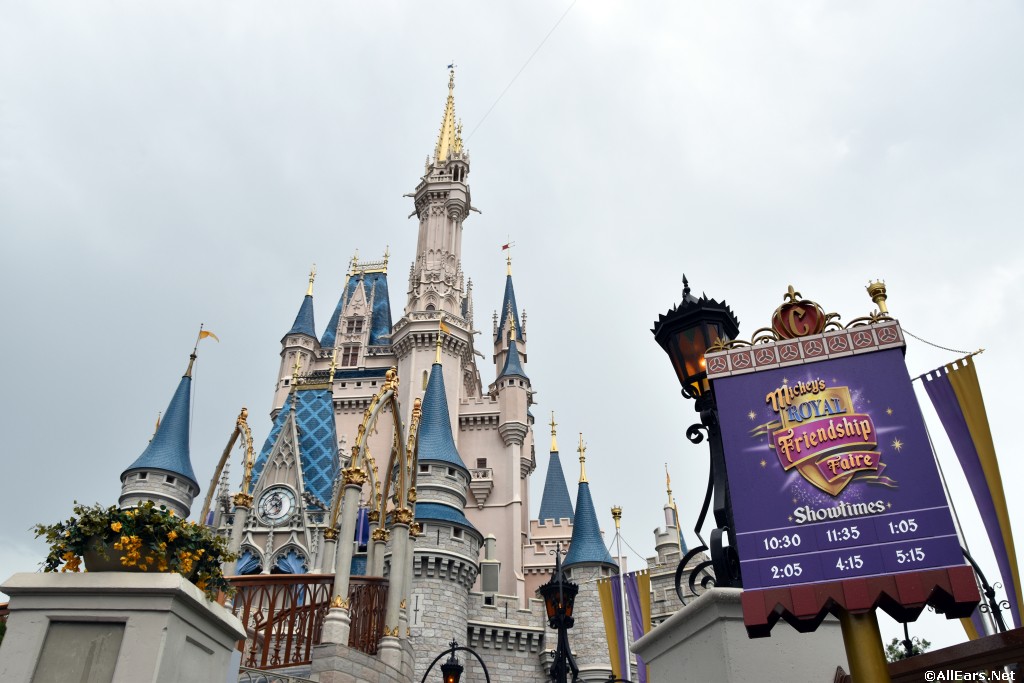