The Walt Disney Company has been a Hollywood powerhouse since the studio released the first feature-length animated film, Snow White and the Seven Dwarves, in 1937. However, in the first two decades of the 21st century, Disney went from being a powerhouse to THE Hollywood powerhouse thanks to the acquisition of four hugely successful outside studios and their intellectual properties: Pixar, Marvel, Lucasfilm, and 20th Century Fox. These major purchases fundamentally changed not only the Walt Disney Company but the entire entertainment industry.

The story of Disney’s first major studio acquisition of the new millennium begins in the late 1980s when the company began working with the then nascent Northern California computer animation studio Pixar on development of the the Computer Animation Production System (CAPS), a game-changing program that would revolutionize the way animated film backgrounds were produced. The CAPS system a massive success, and in-turn heavily was heavily utilized in animation renaissance-era Disney films including Beauty and the Beast, The Lion King, and Aladdin.

This success of the CAPS program led to a deepening relationship between the two companies, and in the early 1990s, Disney and Pixar announced an agreement “to make and distribute at least one computer-generated animated movie.” Eventually the agreement was amended to three films, the first of which — Toy Story — was a massive success upon release in 1995.

Over the next decade, Disney and Pixar teamed up to release a series of hit films including A Bug’s Life, Toy Story 2, Monster’s Inc., Finding Nemo, and The Incredibles. While all of these films were massive hits, cracks began to develop in the relationship between the two companies. The Disney/Pixar agreement saw the studios split production costs of the films, while Disney maintained intellectual property and merchandise rights.

To put it simply, neither company was happy with the arrangement at the time. Pixar felt they deserved equal merchandise and ownership rights, while Disney — and then CEO Michael Eisner — felt Disney no longer needed the studio. For a time, it looked like 2006’s Cars would be the final collaboration between the two studios, with Pixar announcing they were looking for a new producing partner.

In 2005, Bob Iger took over from Eisner as the CEO of Disney, and made repairing the company’s relationship with Pixar his main priority. According to Iger, this was due to him seeing the large amount of Pixar character representation at the opening of Hong Kong Disneyland. Iger wasted little time, in January 2006, it was announced that Disney was acquired Pixar outright for $7.4 billion in an all-stock deal. As part of the deal Pixar remained a separate studio, and executives from the company including Steve Jobs, Ed Catmull, and John Lasseter all took on positions of power at Disney.

In the 15 years since purchasing Pixar, Disney has continued to reap the rewards from the acquisition, as original films including Wall-E, Up, Inside Out, Coco, Soul, and Luca as well as sequels to Toy Story, Monster’s Inc., The Incredibles, Cars, and Finding Nemo have all been financial, critical, and merchandising success. It’s perhaps unsurprising that the Pixar purchase worked out so well for Disney, given that the company’s films and characters were already associated with Disney. However, the Mouse’s next purchase would be very, very different.

Marvel Comics have been a major part of the American pop cultural landscape since the early 1960s, when writer Stan Lee and a cadre of artists including Jack Kirby, Steve Ditko, John Romita, and others created most of the core Marvel characters including Spider-Man, Daredevil, The Avengers, the X-Men, and The Fantastic Four. Over the next five decades, the company continued introducing new characters and successful comic books.

Despite the creative success of Marvel’s fictional universe, the company’s real world finances often ebbed and flowed with the success of the American comic book industry. In an attempt to stabilize things as well as grew their brand, Marvel began branching out into television animation and attempts at films to vary degrees of success. By the mid-90s, with the company on the verge of going under, Marvel sold the film rights of most of their notable characters (Spider-Man to Sony, Hulk to Universal, and the X-Men, Daredevil, and The Fantastic Four to 20th Century Fox) for comparatively low fees. The company also sold theme park rights to most of their characters to Universal, which is going to become very important later.

While selling these rights did help Marvel stay in business, the company began to regret in the early 2000s when they were unable to reap the huge financial rewards of hit films like the original Spider-Man and X-Men trilogies. In response, Marvel decided to take a risk and establish their own studio in the mid-00s and produce films based on the characters they still owned the rights to while teaming with outside studios to reuse and finance their films. These characters, including Iron Man, Thor, and Captain America, were thought of as B and C-Listers at the time.

Marvel’s gambit paid off in 2008, when the first Iron Man film, released with Paramount, proved to be a box office smash, and used a then-novel post-credits sequence to tease audiences about a full Avengers film. Over the next several years, Marvel Studios continued to team with Paramount and Universal to release further films based on Hulk, Thor, and Captain America, each of which continued to build to an eventual team-up film. However, by the time The Avengers were released in 2012, Marvel would have new ownership.

On December 31, 2009, The Walt Disney Company purchased Marvel Entertainment for a cool $4 billion. Over the next several years, the company honored Marvel’s preexisting contracts, only taking over distribution of Marvel’s films with The Avengers. Over the next decade, Marvel and the Marvel Cinematic Universe in particular, would become arguably the lynchpin of Disney’s business model.

The company continued releasing new films, including sequels to The Avengers, Iron Man, Captain America, and Thor films, and introducing new characters like Ant-Man, the Guardians of the Galaxy, Captain Marvel, and Black Panther to the Cinematic Universe, each of which seemed to be a bigger hit than the last. In addition, Disney required the rights to the the pre-Disney MCU films, has produced numerous Marvel television series for Netflix and Disney+ as well as eventually reaching a coproduction deal with Sony to introduce Spider-Man into their films.

The one missing element to Disney’s Marvel strategy were — and arguably still are — theme park rights. Universal Studios still maintains control of a vast majority of Marvel’s characters east of Mississippi River, and will as long as they continue upkeep on the Marvel Superhero Island area of Islands of Adventure.

Disney has done the best they can given the situation though, building the full Avengers Campus land in California’s Disneyland, while integrating characters like the Guardians of the Galaxy who aren’t covered by the Universal agreement into Walt Disney World.

Even as The Avengers were dominating the box office in 2012, the company had another massive secret up their sleeve. They were on the precipice of acquiring another of the most successful film franchises in all time: Star Wars.

George Lucas and his production company Lucasfilm became immediate Hollywood heavyweights with the gargantuan success of 1977’s Star Wars, later titled Star Wars Episode IV: A New Hope. The film, which would quickly become the highest grossing film of all time,  gave Lucas the freedom to pursue whatever passion project he so desired. Over the next 30 years, the company released an additional five Star Wars films through 20th Century Fox, four Indiana Jones films through Paramount Pictures, and built a merchandise empire worth billions on its own. 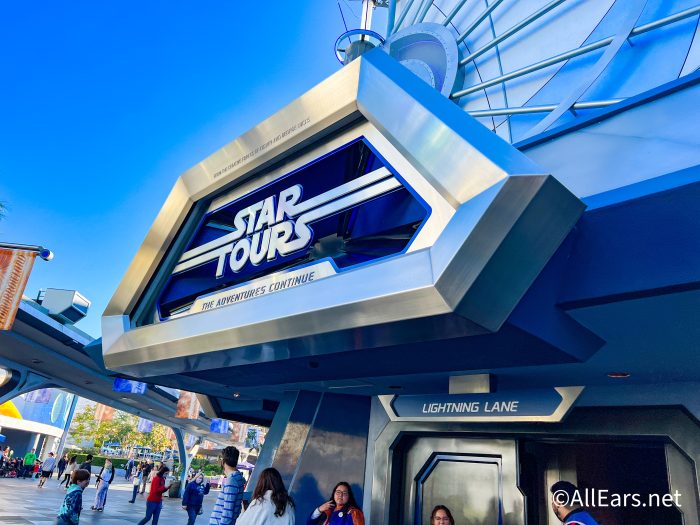 Lucasfilm and Disney first began working together in the mid-1980s, when Lucas came on-board to help develop “hip and modern” attractions for Disney’s parks. This fruitful relationship would lead to such Disney attractions as Captain EO, Star Tours, The Indiana Jones Adventure, and Star Tours – The Adventure Continues. On the day The Adventure Continues had its world premiere in 2011, George Lucas first floated the idea of retiring and selling Lucasfilm to Disney CEO Bob Iger. The deal came together over the course of the next year and was officially announced on October 30, 2012.

Disney, who spend nearly $5 billion on the purchase, quickly began capitalizing on their new assets. In 2015 the company released its first Star Wars film, Episode VII: The Force Awakens, which became one of the highest grossing films of all time, including being the highest grossing domestic release in American film history.

The company released two more mainline Star Wars films (2017’s Episode VIII: The Last Jedi and Episode IX: The Rise of Skywalker) both of which were massive financial successes, despite mixed reviews from some fans. In addition, the company has released the spinoff films Rogue One and Solo as well as the successful Disney Plus shows The Mandalorian and The Book of Boba Fest.

Beyond the films, Disney has also heavily invested in Star Wars all over their theme parks. Versions of the full-scale, heavily immersive land Star Wars: Galaxy’s Edge opened in Disneyland and Disney’s Hollywood Studios in 2019 (with a Paris version currently under construction). In 2022, the company opened the heavily immersive Star Wars: Galactic Starcruiser hotel experience at Walt Disney World.

Disney’s final acquisition of this period came in 2019, when the company finalized a purchase of 20th Century Fox. This gave Disney ownership of, among other properties, The Simpsons, Alien, and Fight Club. In addition, Disney gained the theatrical rights to the X-Men and the Fantastic Four, the final major Marvel properties that weren’t under their full control.

While it’s undeniable that Disney’s acquisitions of Pixar, Marvel, Lucasfilm, and 20th Century Fox have been a massive success for the company’s bottom line and made them the most powerful entertainment conglomerate in the world, not everyone has been happy about them. Some Disney fans have questioned whether brands like Marvel, Star Wars, or The Simpsons truly fit with Disney’s classic library. Outside the Disney bubble, some have raised concerns about Disney being a monopoly.

How do you feel about Disney becoming the most dominant force in Hollywood? Are you a fan of their acquisitions of the last two decades, or do you wish they would have ignored the opportunities to purchase Marvel or Lucasflm? Let us know in the comments below.

Check out more Disney history at the links below.